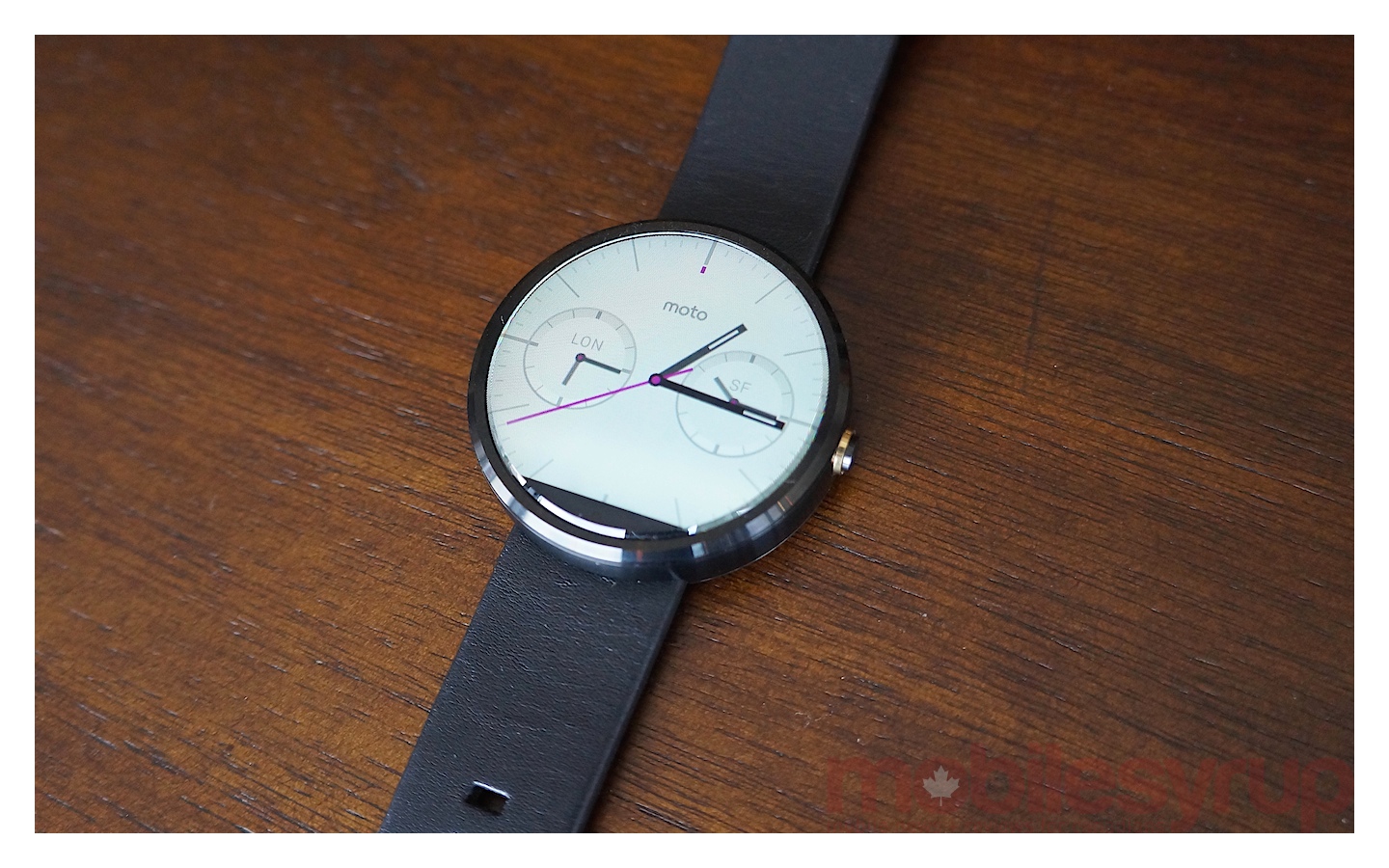 The Moto 360 has now been available for almost nine months. After debuting at $279.99, and remaining that way during U.S.-based price drops, Google has gone forth and cut the cost of the Moto 360 by $79.99 on the Canadian Google Store. It is now available for $199.99 CAD with free shipping. The Moto 360 is available in both black and stone colour variants.

In addition, the Sony Smartwatch 3, which became available to Canadians via the Google Store last November, has been completely removed, though it’s still listed for purchase at carriers like Bell.