Asus offers a peek at its upcoming curved smartwatch 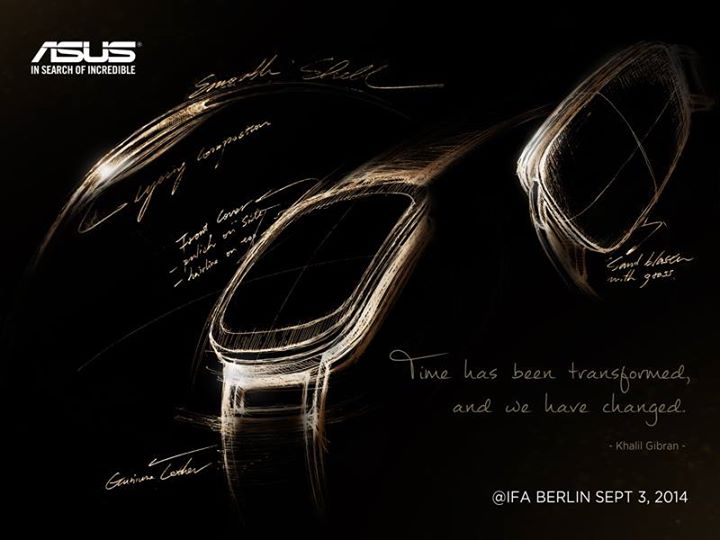 Asus hasn’t yet entered the smartwatch space, but it’s no secret that the company is planning to do just that. Word of the company’s plans for a smartwatch first got out during Google I/O in June. Then, earlier this month, the company teased a small, square device with the quote “Time has been transformed and we have changed” and promised a September 3 unveiling.

Now, just over a week later, the company is at it again. Asus posted the teaser above to its Facebook page on Tuesday afternoon. The image contains the same quote from Kahlil Gibran as well as rough sketches of the watch itself. The image is captioned, “Here is a glimpse of #ASUSwearable, which will be one of the highlights at #IFA2014 in Berlin.”

It’s hard to read the notes scrawled alongside the drawings of the device, though we can make out what looks like “sand blasted,” next to the sketch of the back of the watch, as well as “genuine leather” next to the strap. It also looks like the watch face is slightly curved so that it lies more comfortably against your wrist.
Asus is promising an unveiling on September 3 in Berlin. The company’s press conference kicks off at 10:30am GMT.