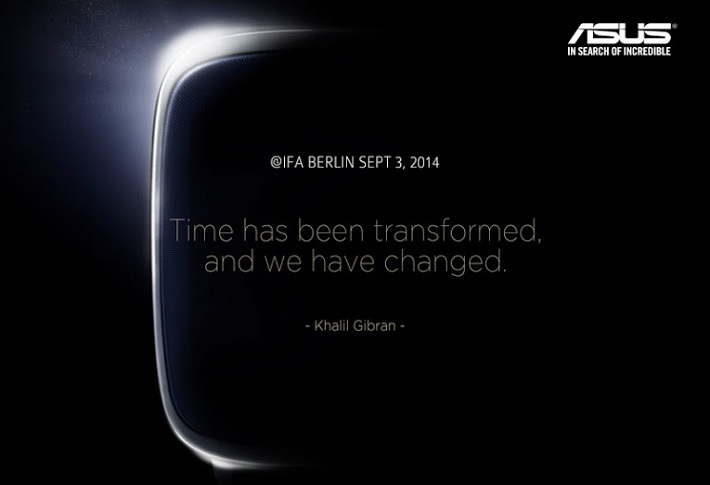 Asus has just teased an image of what looks to be a smartwatch with the saying “Time has been transformed and we have changed.” The official unveiling will happen during Asus’s keynote at the IFA on September 3rd where the company states, “Something #Incredible is going to happen at #IFA2014.”

Little is known about an Asus smartwatch, only that the manufacturer was listed as one of the companies on deck to release an Android Wear-powered device this year. In addition, previous reports suggested it will be called Robin, sport an AMOLED display, and “aims to be the thinnest device in the category.”