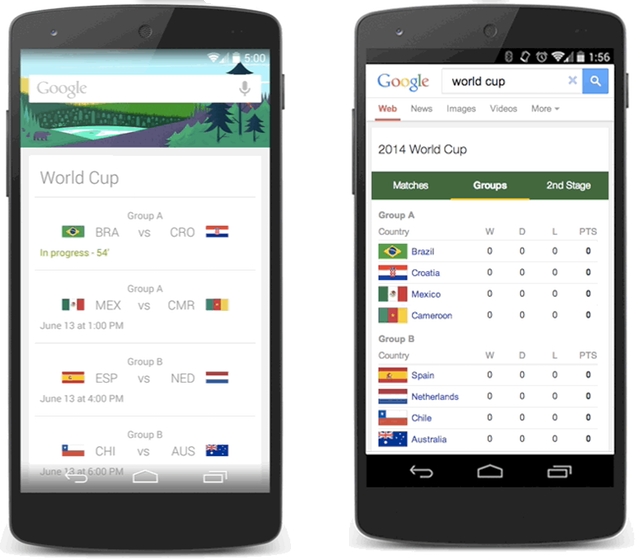 If you’re a member of the human race, you’re likely familiar with the World Cup. Beginning tomorrow, June 12th, and lasting until mid-July, the most popular game on earth becomes the most talked-about event in the world.

While there is no shortage of World Cup-related apps, Google users have an easy way to stay up to date with all the latest happenings. Google Now has been updated on iOS and Android to easily follow favourite teams, or the entire tournament, game by game. While merely searching for “World Cup” or “World Cup [team]” will bring up relevant search results, Google Now goes one step further with its Cards, automatically pushing updates for teams you elect to follow.

It’s a small but important update to a service many use every day. If Google Now is not your thing, though, there’s always CBC’s official app, along with theScore and ESPN.