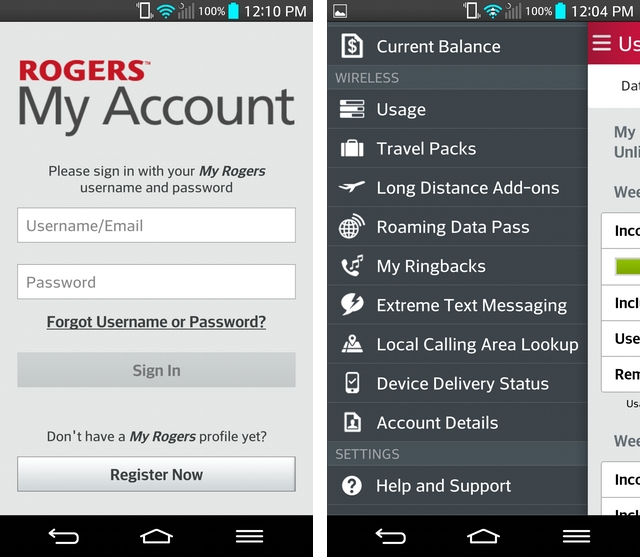 Recently, Rogers updated its My Account iOS app with a new design and an important new feature: WiFi access. Instead of requiring a user to be connected to a cellular network, the app uses a customer’s Rogers account to verify the device and phone number.

Today, Rogers has given its Android app the same treatment, adding WiFi access support along with a section for its newly-launched First Rewards loyalty program. The app’s layout was recently overhauled with a left-side navigation bar and improved performance, so this release is more to get it up to speed with the iOS version.

We’re hoping Rogers gives the same treatment to the Windows Phone and BlackBerry apps in a future update.