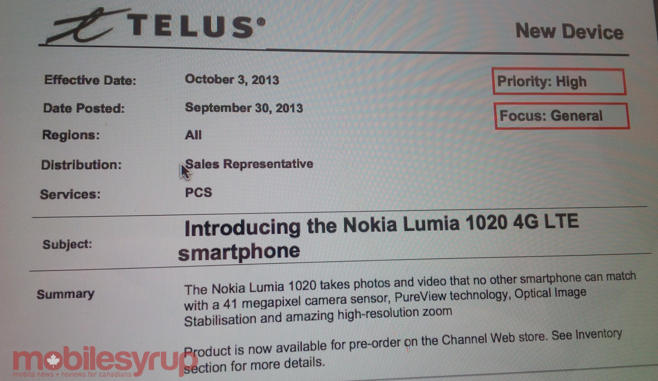 Nokia will soon release the Lumia 1020 to Canadians. This camera-centric smartphone is en route to both Rogers and TELUS and we can now confirm that it’ll launch on October 3rd.

According to an internal TELUS doc we received, “The Nokia Lumia 1020 takes photos and video that no other smartphone can match with a 41 megapixel camera sensor, PureView technology, Optical Image Stabilisation and amazing high-resolution zoom.” As for pricing, the 2-year contract price is $199.99 and the outright cost is $725, as expected. Curious about colours? You’ll be able to buy it in yellow and black.