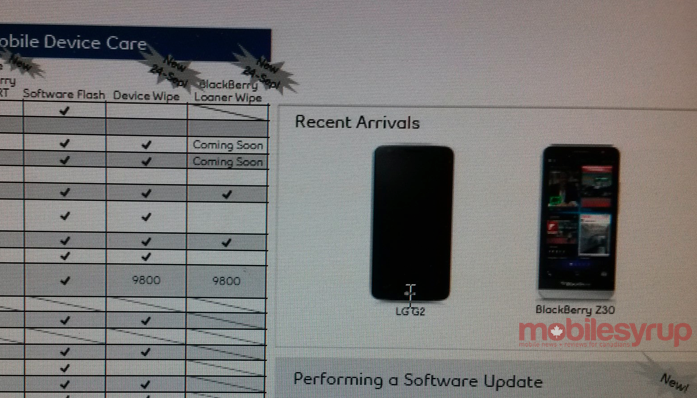 BlackBerry has released the Z10, Q10 and Q5 in Canada, but there’s one device that many have been waiting for. The BlackBerry Z30 has already been heavily leaked online in both pictures and videos – see here and here. We can now confirm this phablet will be indeed coming to Canada.

According to an internal doc we received shows Bell on tap to bring this BB10 smartphone to their customers – plus confirms the Z30 as the go-to-market name. Unfortunately, there’s no word yet on pricing, or a firm launch date. However, we’re hearing the Z30 should be in-stores by the end of September or early October.

We’ll keep you updated once we hear more.
(Thanks tipster!)