Chameleon Launcher for Phones launches in the Play Store 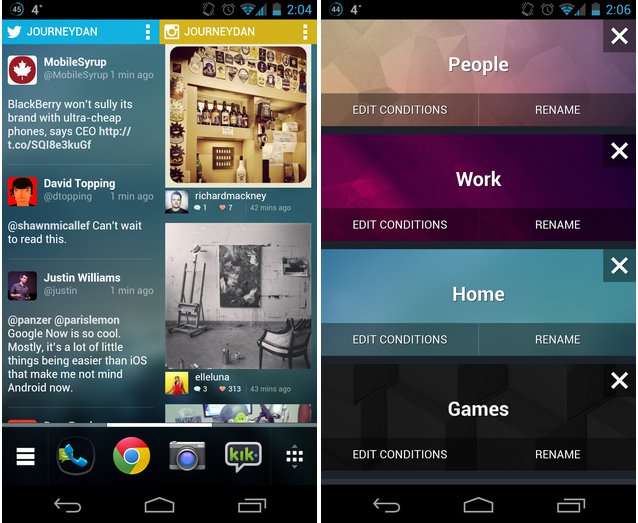 It’s been just under two weeks since the smart team at Teknision released Chameleon Launcher 2.0 with an updated look for tablets and initial support for phones sporting 720p displays.

The response was overwhelmingly positive, but rollout was limited to the few thousand Kickstarter backers that enabled the project in the first place. The team used the early adopters to work out any bugs — and there were some serious bugs — before rolling it out to a wider audience.

Today, Chameleon Launcher 2.0 is available to all users, and has been broken up into two main versions: a $3.99 one for phones and tablets, and a $2.99 one for just phones.

It’s a fantastic user experience, and one that will hopefully improve the workflows of many Android users, both on smartphones and tablets. We’d recommend purchasing it at least to try; you can always refund it if you don’t like how it feels.