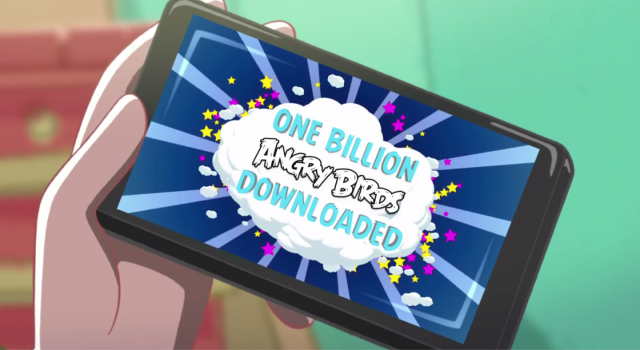 The venerable Angry Birds franchise has been immensely popular, but if you’d have said two year ago that they would hit one billion downloads you’d have been laughed at. Flinging a bird to hit a pig balancing on various obstacles doesn’t sound like much fun on paper, but then again the best games are often the simplest.

The draw of Angry Birds throughout its brief history has been a combination of that simplicity and it being created specifically for touchscreen devices. The enjoyment of Angry Birds is derived from that slightly exaggerated physics system and the immediacy of touch controls.

Rovio has announced that it has breached one billion downloads between all franchises, which include Angry Birds, Angry Birds Seasons, Angry Birds Rio and Angry Birds Space. The games was downloaded 648 million times in 2011 alone, meaning that despite the speed of its initial growth when it debuted in December 2009, it has gained a ton of momentum.

We reported recently that Rovio’s latest game, Angry Birds Space, was the fastest-growing mobile game ever with 50 million downloads in 35 days. So what’s next for Rovio? It appears, based on the character at the end of the video below, that they have purchased popular iOS app developer Snappy Touch, creator of Rube Goldberg-making game Casey’s Contraptions, which could indicate that the franchise will be expanding soon.

Check the break for a short video from Rovio celebrating its achievement.