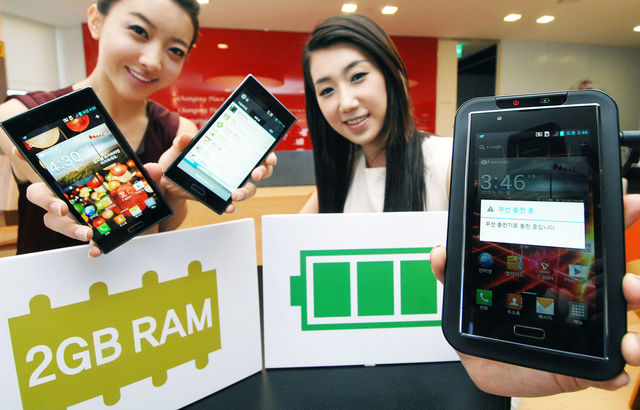 LG has announced a follow-up to the Optimus LTE, currently dubbed the Optimus LTE 2. Though there are not a lot of specs to go on right now, considering what else was announced recently it seems likely that LG needed to get this news out as soon as possible.

The main features that we have to work with at the moment are the beautiful non-PenTile HD IPS display, likely in the 4.3-4.5 inch range, and a LTE-capable dual-core processor (likely the Snapdragon S4 processor) with an unbelievably 2GB RAM.

LG’s newest flagship is being released in Korea at the end of the month, with a wider distribution expected in the coming months.

Source: LG Newswire
Via: The Verge

Welcome to the future: Japanese Galaxy S III to come with 2GB RAM