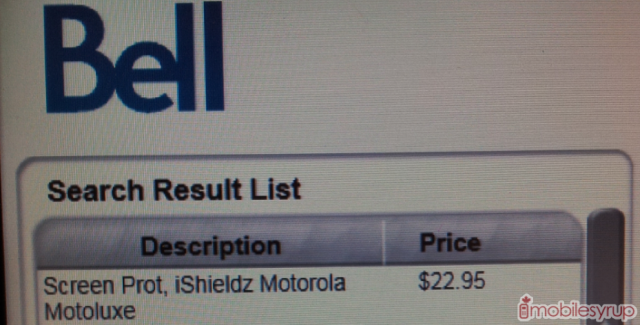 The other day a screen protector for the Motorola Motoluxe showed itself in the Virgin Mobile inventory system. This Android has never been released on the carrier, so it could be available soon. In addition, it looks like parent-company Bell might have this device in the works too. The same iShieldz screen protector has popped up in their system for the price of $22.95.

There’s no confirmation from either Bell or Virgin about the Motoluxe being released, but it’s about time a new handset was available to Canadians. The last Moto launched was the new RAZR – Rogers on November 7th and Fido on January 10th.