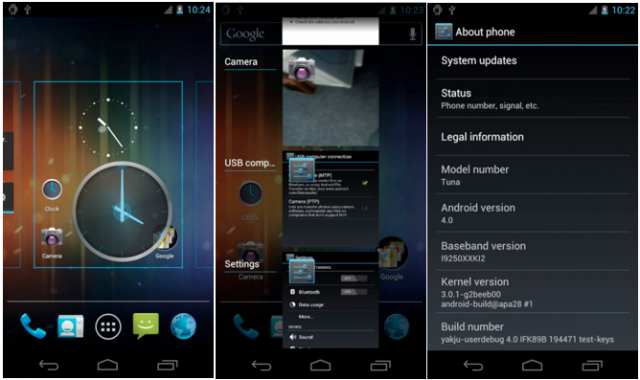 Whether you believed the rumours before or not, these shots are real and they are pointing to a neon future for Android. In-device screenshots of the Nexus Prime running ICS have been leaked, and the interface points to some very nice usability improvements, and a much more eye-catching design. The Nexus Prime model number is confirmed to be I9250 and the kernel version is 3.0.1, a huge step up from Gingerbread and Honeycomb. Interestingly the model number doesn’t give away the device’s real name, opting instead for its aquatic codename, Tuna.