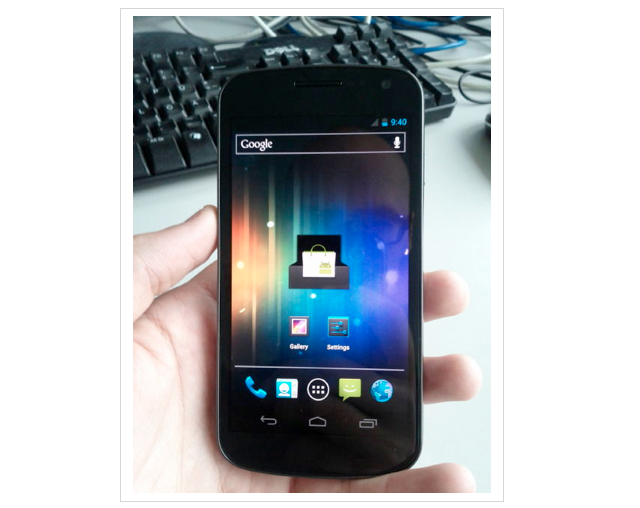 Yes, we know this has been done to death, but hear us out. We have reason to believe that in the run-up to Tuesday’s announcement, the first real images and video of the Nexus Prime are here. What might be called the Galaxy Nexus in the States and the Nexus Prime internationally seems to be a thin slab of metal, without any capacitive touch buttons. Unlike in Gingerbread, and very much like in Honeycomb, the Back, Home and Menu buttons are software-based, and will likely move depending on the phone’s orientation.

The updated Ice Cream Sandwich UI looks to be a direct evolution of Honeycomb, pared down for smartphones. Performance seems ultra-smooth and much more attractive than Gingerbread, and with the app drawer containing easy access to widgets, and the home screen giving way to a camera shortcut it looks like that Nexus S leak was real, albeit with an extremely early ICS build.

Considering the iPhone 4S is coming out only days after the official announcement of the Nexus Prime, these first images may give people some time to reconsider their Apple purchase.

Hit the break for the video. What do you think?