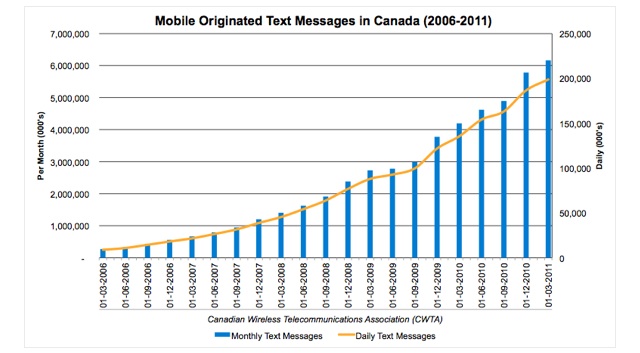 In 2010 the total number of text messages that Canadians sent climbed to 56.4 billion. From the first 3 month stats that of 2011 seems that we’ll blow right past that number this year. The Canadian Wireless Telecommunications Association (CWTA) has announced that in Q1 2011 (January, February and March) there was 18 billion text messages sent by Canadians, an increase of over 10% from Q4 2010. The CWTA said that March stats had 6.2 billion text messages sent, representing an average of 199 million messages per day.