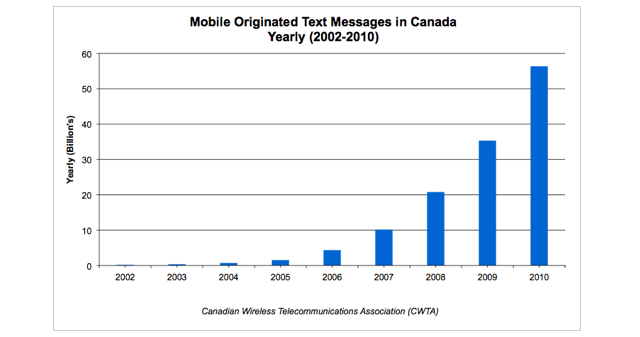 The Canadian Wireless Telecommunications Association (CWTA) have released text message stats for Q4 2010 and the full year 2010. In Q4 Canadians sent 16.4 billion text messages which is an 15% increase over Q3 2010. In December 2010 alone there were over 186 million text sent per day and totaled 5.8 billion for the month – Christmas and New Years can probably be thanked for the spikes.

2010 text message stats increase to 56.4 billion and this represents a massive 60% increase over 2009 (35.3 billion messages). Just imagine if Twitter didn’t exist and what the number texts sent would jump to.