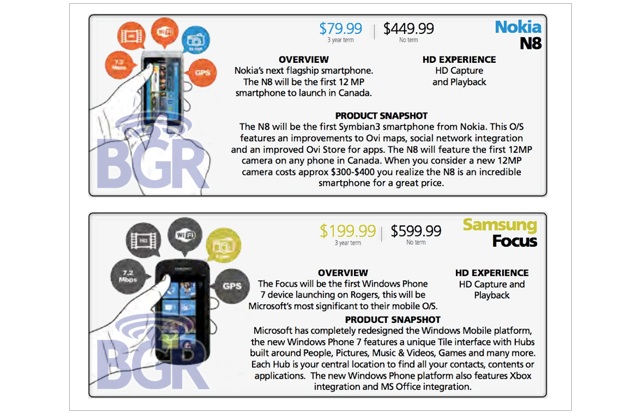 There isn’t really much about Rogers Q4 device lineup that haven’t been revealed. They will be releasing the following devices: BlackBerry Bold 9780, Dell Streak, Samsung Focus, Nokia N8 and the Samsung Tab. We’ve revealed pricing for most of these but there was a few outstanding. You can check out the price plans for the Samsung Tab here ($674.99 no-contract) and Streak here ($599.99 no-contract) … but looking at the internal doc shows the following price plans for the upcoming Windows Phone 7 Samsung Focus to be $199.99 on a 3-year and $599.99 no-contract. In addition, the Nokia N8 will be priced at $79.99 on a 3-year and $449.99 no-contract.