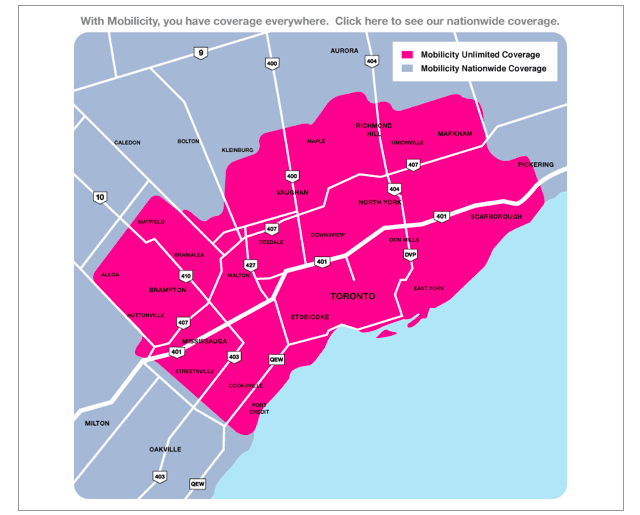 Mobilicity – the new wireless carrier that will be bringing on the Google Nexus One soon – has somewhat updated their coverage map. The only downside is that it only shows their GTA coverage and their roaming coverage. They have a roaming agreement with Rogers so if you go out of the Mobilicity unlimited zone you’ll hop onto Rogers (it’ll cost you 20¢/minute for voice, 10¢ per text message and data costs $5 per Mb. In regards to the Toronto coverage, we’ve been informed that building cell sites has stopped and what currently is available will be staying this way. Mobilicity is preparing to launch their wireless service in Vancouver, Edmonton, Calgary and Ottawa – hopefully by the end of the year. Image of the roaming map after the break. 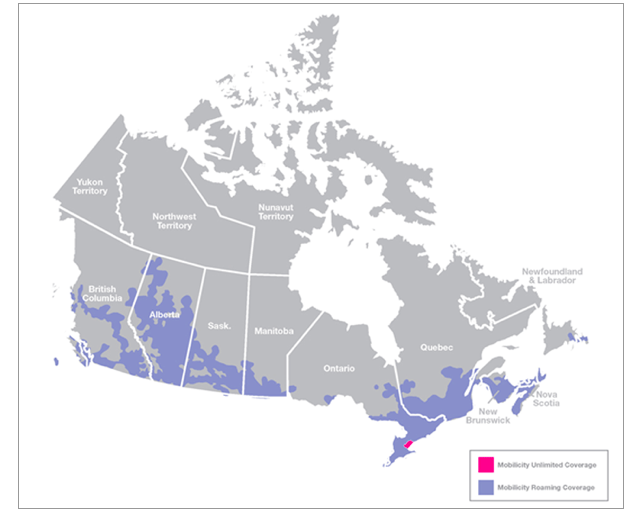