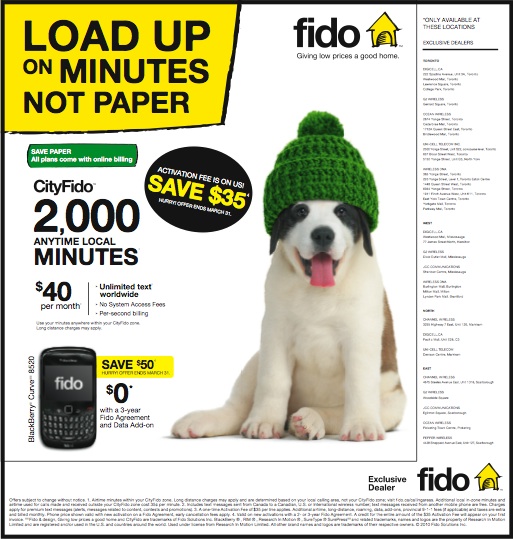 However, there are select stores in the Toronto area that are giving $50 off until March 31st, which makes the device $0.00 on a 3-year contract. In addition, like most carriers these days, Fido is waiving the $35 Activation Fee.