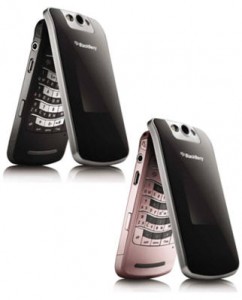 The 3-year promo is available until March 12th, 2009 and must include a minimum Voice and Data plan of $45 per month. Features include:
– Flip design protects the screen and prevents unintentional dialing.
– 2.0 mega-pixel camera with flash, zoom and video recorder
– Surf the internet at 3G speeds and view the pages in full HTML format.
– Facebook, Windows Live, Google Talk, and more.
– SureType technology.