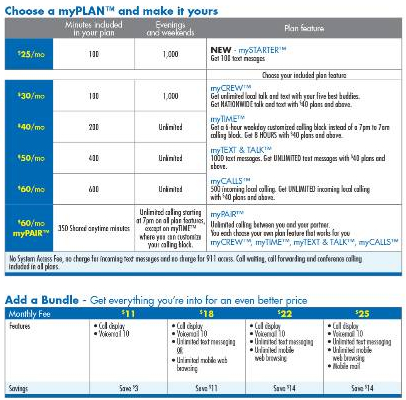 I guess Virgin Mobile is looking to bring on some wicked phones this year, or maybe they are too busy sponsoring Britney’s upcoming Circus Tour… or perhaps it’s paying for employees to dance at work…

However, on Monday, February 2nd according to a Best Buy ad it looks like Virgin Mobile will be increasing their rates by about $5 per plan. In addition, you will see an increase in the bundle options also.

For example, a new “Starter” plan for $25 per month will get you 100 minutes plus 1,000 evening and weekend minutes. As a bonus Virgin is throwing in 100 text messages. As you can see on the image price plans $30, $40 and $50 used to all be $5 less a month. They were gracious enough to keep the $60 plan at the same rate. My math is not the greatest but from my quick calculations this is almost a 17% increase on a monthly basis.

With these rate increases it seems like Virgin is playing with the big boys… are they not supposed to be a “cost effective” carrier? The reason for the hike is because Virgin has never broken even since opening their doors back in March of 2005. Sir Richard is probably not too happy.