InterTan: “number of formal proposals” to buy The Source by Circuit City 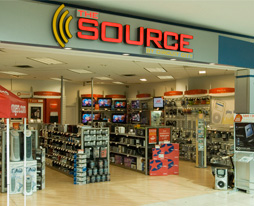 After U.S. based Circuit City announced they went under a couple weeks ago, here in Canada, InterTAN Canada operates “The Source by Circuit City” stores. They remain open for business as they’re a separate company… apparently they have received “a number of formal proposals” when it comes to offloading the 765 stores.