"That is mildly terrifying but... compelling." 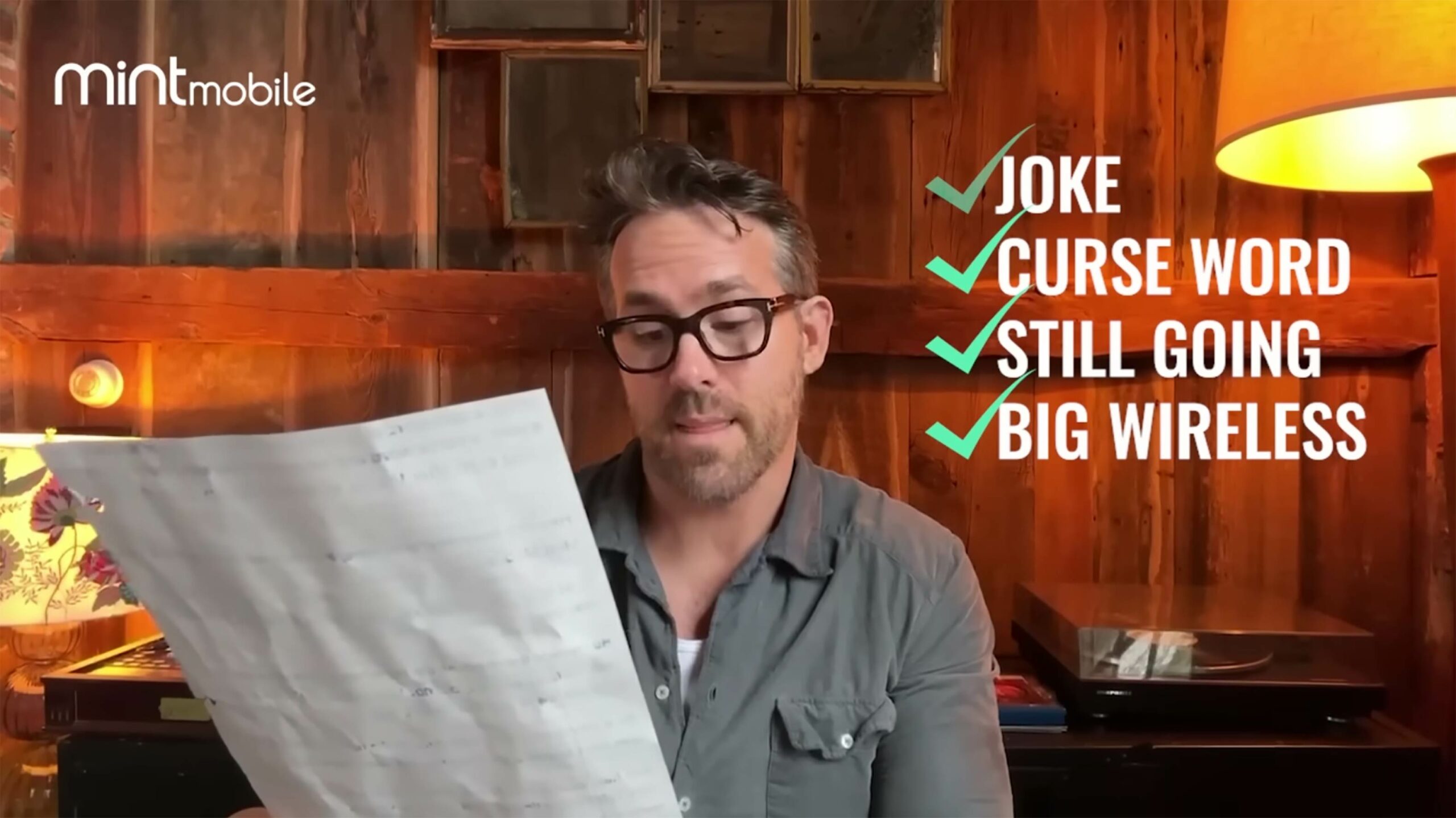 Whenever Ryan Reynolds promotes something, you can expect a good dose of his signature lovably, quirky and self-deprecating humour. It’s what makes him one of the most beloved Canadians around.

Now, we’re seeing that his charm is so big that it even extends to AI.

In the latest ad for his Mint Mobile carrier, Reynolds turned to ChatGPT, OpenAI’s popular generative AI chatbot that’s gone viral for its ability to respond to questions, write lengthy passages and more.

“I said, ‘write a commercial for Mint Mobile in the voice of Ryan Reynolds,'” said Reynolds in a video. “Use a joke, a curse word, and let people know that Mint’s holiday promo is still going, even after the big wireless companies have ended theirs.”

The result, in Reynolds’ own words, is “mildly terrifying but… compelling” in how authentically ChatGPT captures his brand of humour.

We won’t spoil the video, but suffice it to say, as evidenced in the header image, that it met all of Reynolds’ requirements while still sounding like him.

“It’s so good I’m confused if Ryan actually wrote it or the AI did,” said another.

Over the past couple of months, ChatGPT has exploded in popularity for its human-like chat capabilities. It’s proven so efficient, in fact, that the New York City Department of Education has actually banned it out of concerns over the “negative impacts on student learning” and “safety and accuracy of content.”

Nonetheless, interest in ChatGPT remains high — so much so that Microsoft reportedly plans to invest $10 billion USD (about $13.4 billion CAD) into the platform and could incorporate it into products like Office.

In the meantime, Reynolds is still trying to bring Mint Mobile and its low-cost plans to Canada, with his most recent update being a December retweet of a “holiday wishlist” asking for the carrier to come here.