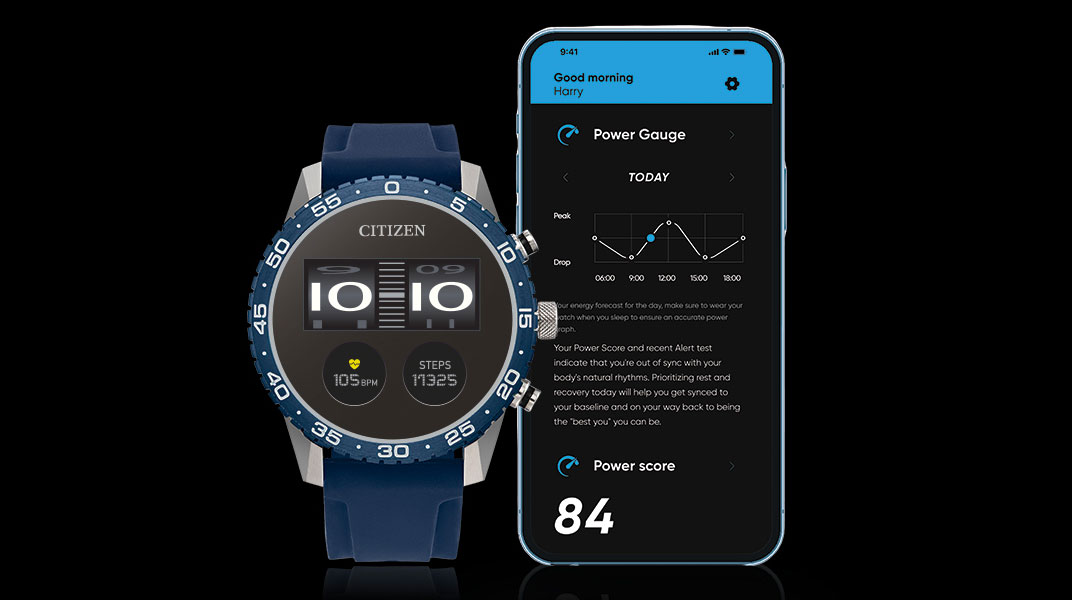 Japan-based watch brand Citizen has announced its new ‘CZ Smart’ watch that comes with a built-in self-care advisor in the form of the CZ Smart YouQ application.

Citizen says that the application was developed in partnership with NASA’s Ames Research Center and AI technology from IBM Watson, and that it helps wearers understand and anticipate patterns of fatigue and alertness and offers personalized strategies to build better habits and maximize their daily potential.

The ‘Alert Scores’ are reportedly generated when the wearer takes a custom-designed Alert Monitor test, which is a consumer version of NASA’s Psychomotor Vigilance Task Test (PVT+). This was originally created to measure the mental acuity of astronauts. According to Citizen, with such personal data points, including Alert Scores, chronotype, sleep patterns, activity and heartrate monitoring, “CZ Smart YouQ quantitatively analyzes and learns about the wearer’s unique characterization, rhythms, and habits to enhance personalization.”

The watch subsequently suggests actions that the wearer should take to mitigate the effects of fatigue, improve alertness, and promote the building of better habits over time.

“The latest CZ Smart watch is a game-changing product that brings Citizen’s legacy of watchmaking together with best-in-class research and technology of NASA and IBM, directly to wearers’ wrists,” said Jeffrey Cohen, President at Citizen Watch America. “Coupled with the proprietary CZ Smart YouQ application, this smartwatch is a revolution in wearable wellness.”

The second-get CZ smartwatches from Citizen run the new YouQ software. The newest version of the CZ Smart watch, which includes the CZ Smart YouQ application, will be available for purchase in the United States via the Citizen website starting in March 2023.