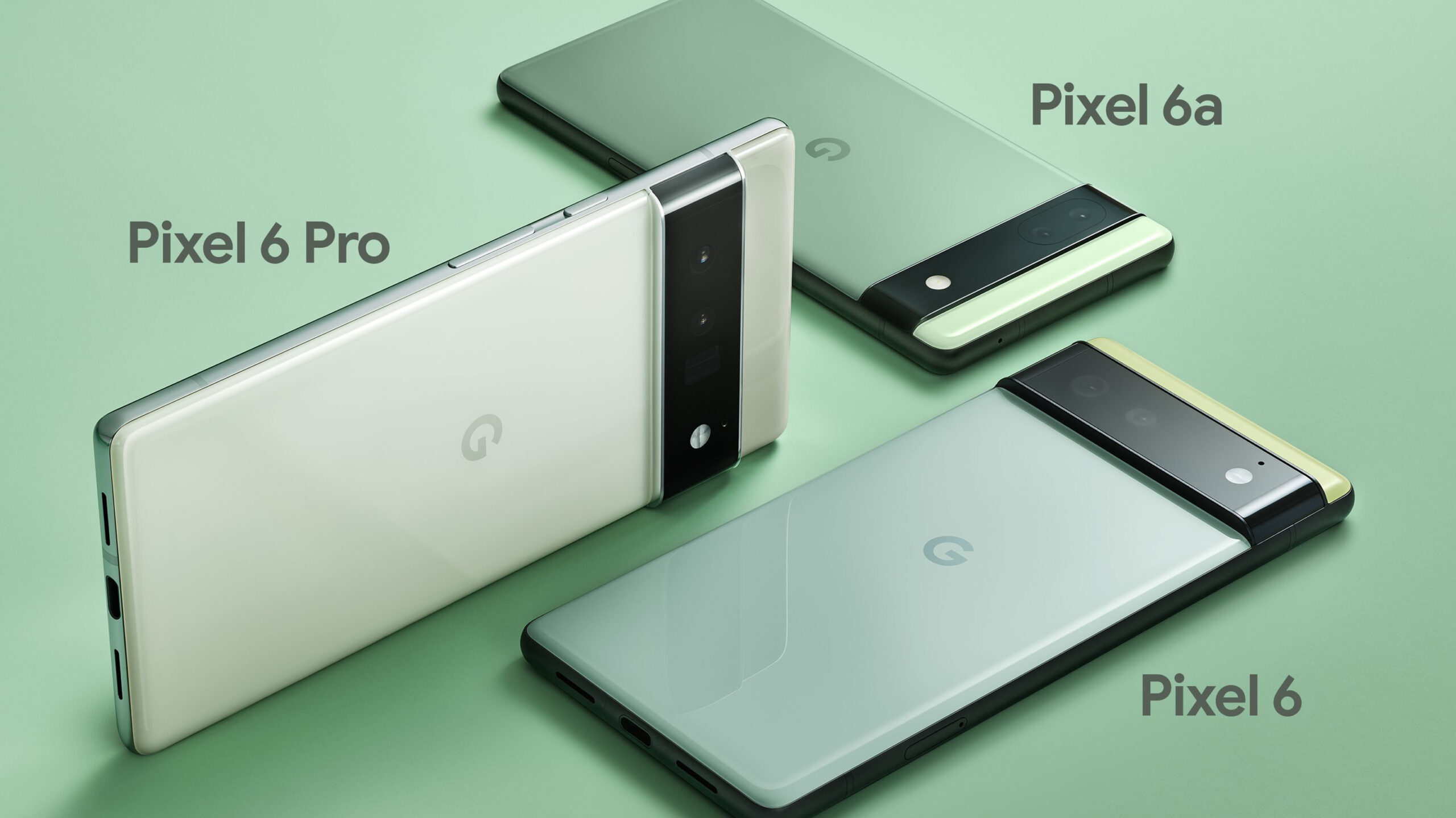 So far, most of the Pixel 6a content we’ve seen, from leaks to unboxing videos, featured the ‘Charcoal’ colour. However, the ‘Sage’ colour is clearly the best option of the three 6a colours, and Google has now shared a promo photo comparing the green Pixel 6, 6 Pro, and 6a.

In a tweet, the ‘Made By Google’ account said the Pixel 6a will “join the family” when pre-orders open “in less than 3 weeks!” The tweet included the aforementioned photo with the ‘Sorta Seafoam’ Pixel 6 and the ‘Sage’ Pixel 6a. The Pixel 6 Pro doesn’t come in a shade of green, unfortunately, but Google did include the ‘Cloudy White’ version in the picture too.

Pixel 6, Pixel 6 Pro, Pixel 6a… now THAT is a trio! 😍#TeamPixel, who’s excited to see #Pixel6a join the family? Pre-order yours in less than 3 weeks!

Now, maybe it’s just my eyes, but the Pixel 6a shown in the side-by-side looks much more green than other images of the ‘Sage’ colour, such as what you can see of the phone on Google’s online Store page. I like the green either way, but the side-by-side makes the 6a look much more vibrant than I think it actually is.

Either way, it won’t be much longer until reviewers have the phone in hand. The Pixel 6a is set to be available for pre-order on July 21st in Canada before its July 28th release. It’ll cost $599 and sports a 6.1-inch OLED display with a centred hole-punch 8-megapixel selfie camera and 60Hz refresh rate. Other features include two rear 12-megapixel cameras (wide- and ultra-wide angle), 6GB of RAM, 128GB of storage, and a 4,410mAh battery.

You can learn more about the Pixel 6a here, or more about Google’s other upcoming products here.