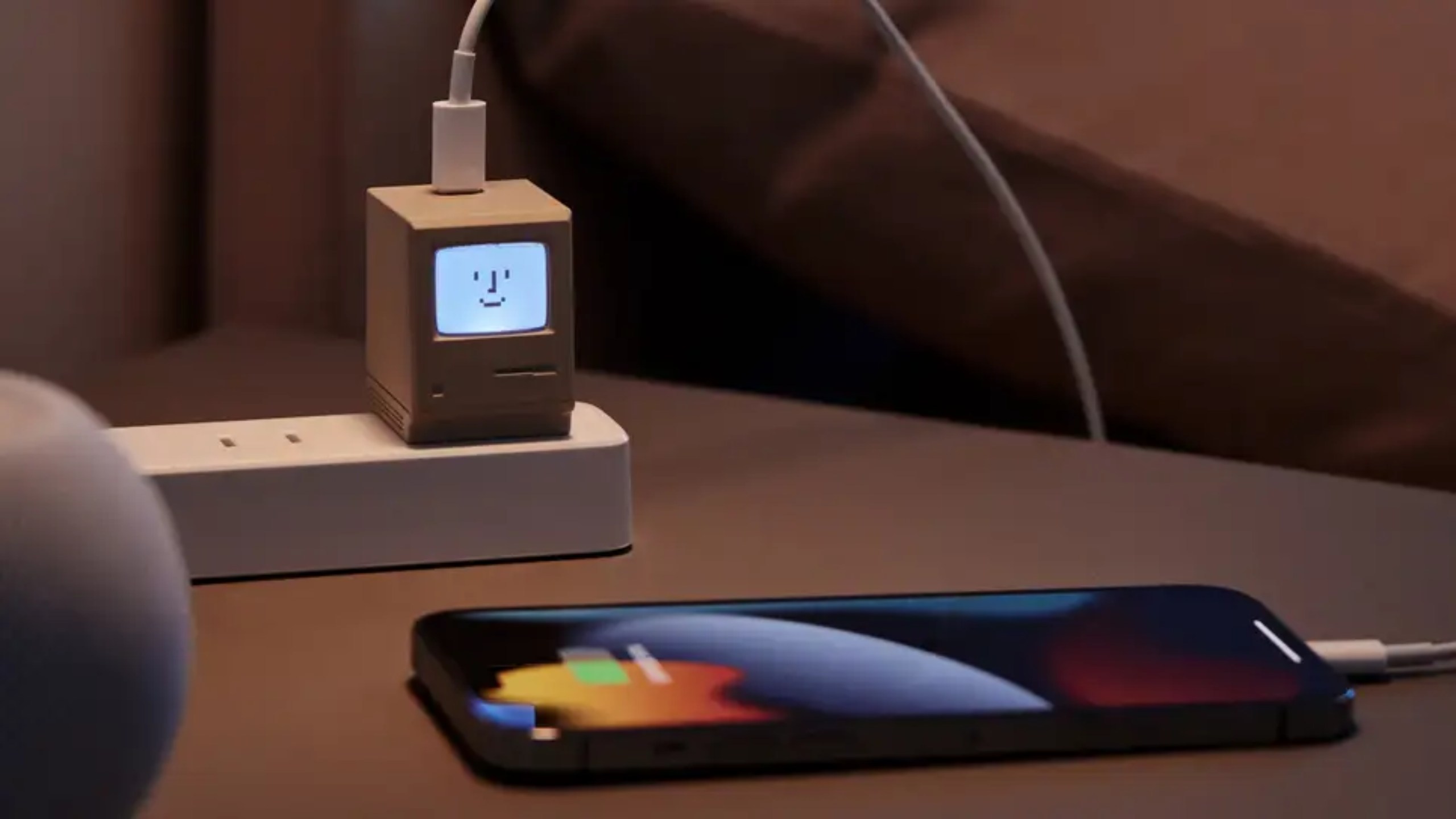 Shargeek has launched an Indiegogo campaign to bring its Retro 35 GaN USB-C charger to life. The charger features Apple’s iconic Macintosh computer shrunk down to the size of a small power brick and features a tiny LED light.

As the crowdfunding page states, the Retro 35 charger utilizes GaN technology. It’s able to output up to 35-watts of power. This means that this mini mac charger is able to supply enough power to a tablet or laptop. On top of that, it has much more personality and style than an out-of-the-box power supply.

From a design perspective, the Retro 35 sports the same form as Apple’s Macintosh computer. The charger even features the same yellow-ish hue the Macintosh possessed. Additionally, a small LED screen displays the charging status. Throughout a charge, the display transitions from white, to yellow, to blue, and to green, depending on the charging speed and power of the device it’s connected to.

Additionally, the Retro 35 features a Happy Mac face. However, Shargeek states other icons including Apple’s “Hello” text, a panda, a lightning bolt, and more can replace it. Shargeek is also providing users templates to print their own icons and text on transparent sticker materials.

The USB-C charger is also compact. For Canada and the U.S., the Retro 35 includes foldable prongs on the underside. There are adapters available for other regions. However, Shargeek confirms they are not included.

Currently, the Indiegogo campaign has achieved its funding goal of $653. The Retro 35 has over 120 backers and the campaign continues until the end of June. Backers can obtain a Retro 35 charger for $32. Alternatively, Early Bird bundles include two chargers for $62 or four for $124. Shargeek expects shipments to begin in July 2022.