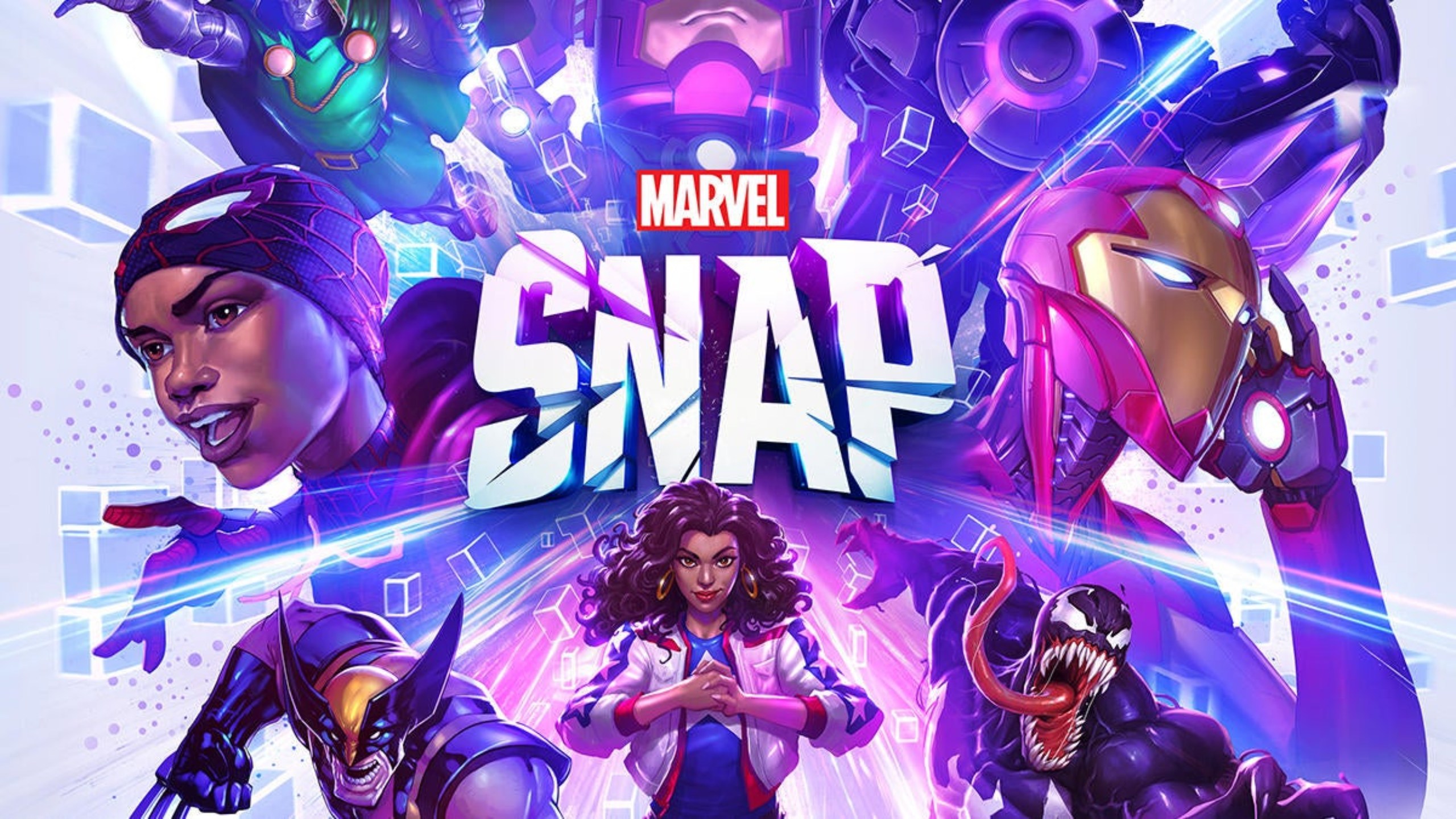 Marvel Entertainment has pulled the curtain back on its new game, Marvel Snap, arriving on PC and mobile. The company describes Marvel Snap as a “fast-paced, action-packed, collectible card game.”

Although the name invokes feelings of the Mad Titan’s snap, Marvel Snap is not a Thanos-centric game. Instead, the game is inspired by Blizzard Entertainment’s Hearthstone. This title is developed by Second Dinner and published by Nuverse. Players are able to collect iconic characters and form a roster of heroes and villains. The game also lets players “collect endless styles of card backs.”

Based on the announcement, featured characters include Ms. Marvel, who is finally getting the spotlight on Disney+, as well as Iron Man, Venom, Miles Morales, Dr. Doom, and a Black Panther-inspired Hulkbuster. Each character has its own styling; some are very comic-accurate, while others, like Groot, look more Chibi-like.

As per the announcement, a core feature of the game is its fast-paced matches. A single match of Marvel Snap can take anywhere around three minutes. Players take their turns simultaneously to keep the action moving and avoid waiting.

In Marvel Snap, players arrange cards under one of three areas on the board, playing their cards effectively to gain control of more of them. Once a player takes control of two of the three areas, that player wins the match. Adding the “snap” element, players can raise the takes and double their rewards if they feel confident in their chances of winning.

There are also over 50 locations to play on. Each pulls from iconic locations across the Marvel Universe. Marvel Snap already teases Wakanda and Asgard. Second Dinner is committing itself to adding new locations each week.

Eager heroes can sign up for access to a closed beta on Android devices. There’s currently no word on when the beta begins. Though, selected users will be notified via email “shortly.” The beta is being held in Canada, the U.S, Australia and other select countries.

Source: Marvel Entertainment Via: The Verge