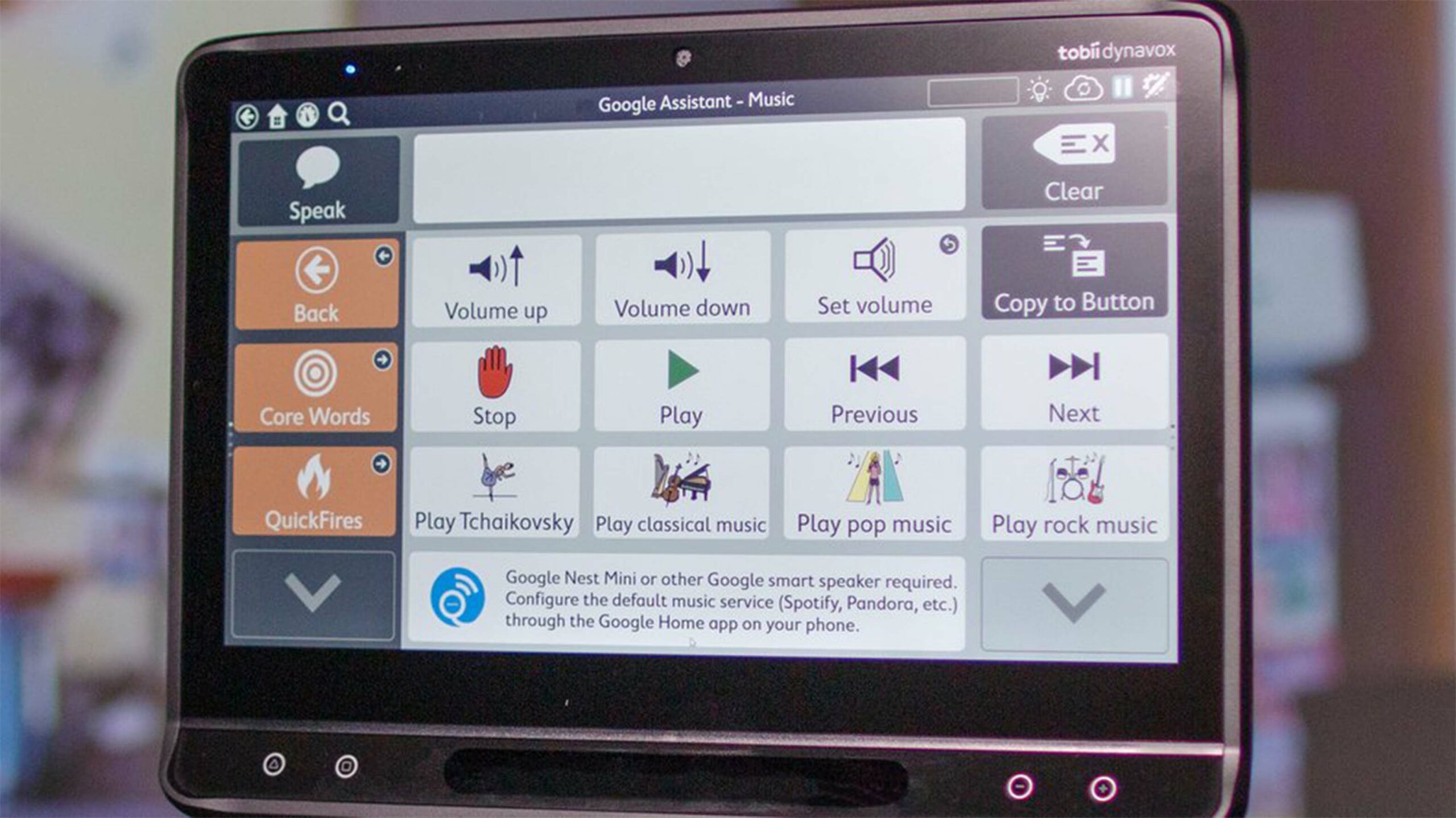 Google Assistant is set to get more helpful for people with speech and language disabilities.

The search giant announced it was partnering with Tobii Dynavox, which makes software and devices for people who have speech and language disabilities. Thanks to the partnership, Tobii Dynavox will integrate Assistant into its Snap Core First communication app. Snap Core First lets people with language disabilities interact with sets of pre-configured tiles through touch or by looking at them.

With the Assistant integration, Snap Core First will add tiles connected to different Google Assistant actions. This should allow people with language disabilities to access much of the functionality offered by Assistant, including controlling smart home tech like lightbulbs or controlling media playback on a smart speaker.

Google says it made sure that setting up Tobii Dynavox with Assistant is a simple process. In short, users will need a Google account and will need to connect the Snap Core First app to that account through the Google Home app.

Along with the partnership with Tobii Dynavox, Google also announced an update to its ‘Action Blocks’ feature that rolled out last May. Action Blocks allows users to make customizable buttons on their home screen for completing actions, such as calling a parent, turning on a light or playing a favourite TV show.

Google says that Action Blocks can now leverage Tobii Dynavox’s library of Picture Communication Symbols used in software like Snap Core First. Those pictures can be applied to Action Blocks buttons, providing a similar interface on an Android phone to what people would get on Tobii Dynavox devices.

You can learn more about Assistant on Snap Core First here.