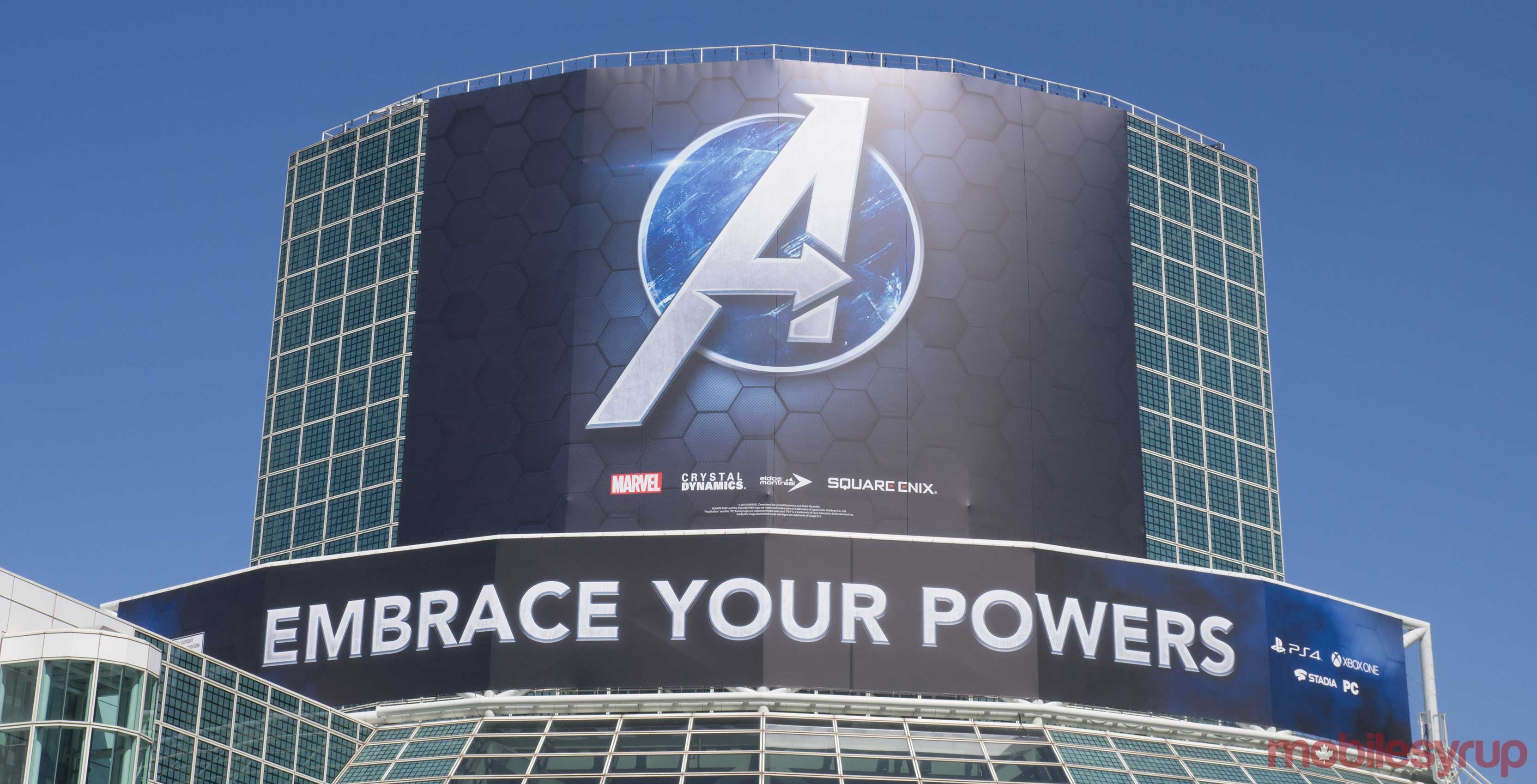 The annual Entertainment Electronics Expo (E3) wrapped up in Los Angeles last week following dozens of game reveals and even a tease at the next console generation.

With all of the hype surrounding the show, it can be easy to overlook certain titles or developers. However, look a little closely at this year’s lineup of games and you’ll see that a significant portion of them are actually being developed in Canada. 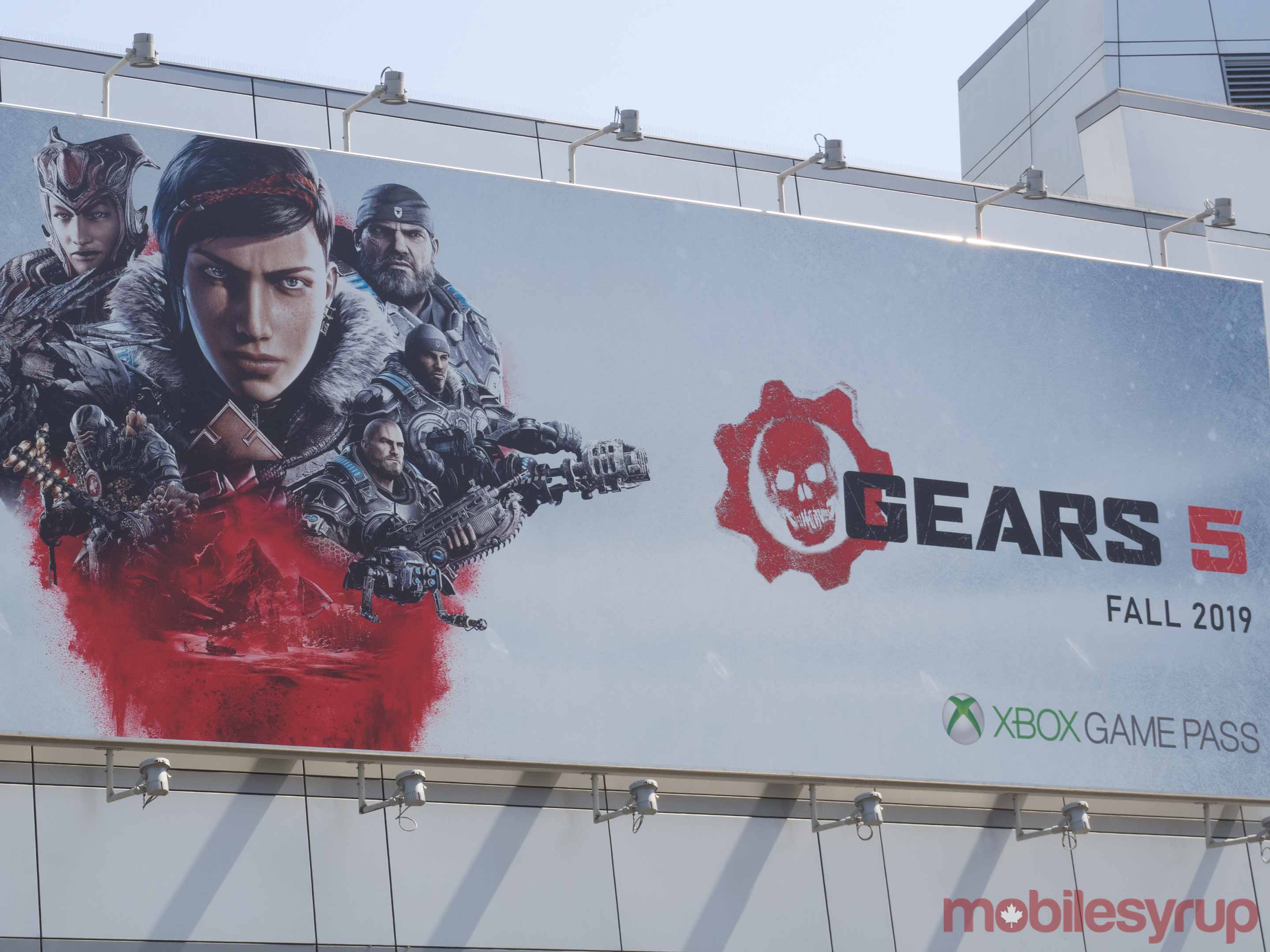 For context, here are just some of the games from the show that are being made here at home:

The prevalence of Canadian-made games makes sense, given the lucrative tax incentives offered by several of the country’s provincial governments.

That said, Canada even made waves at E3 for games that actually weren’t made here. 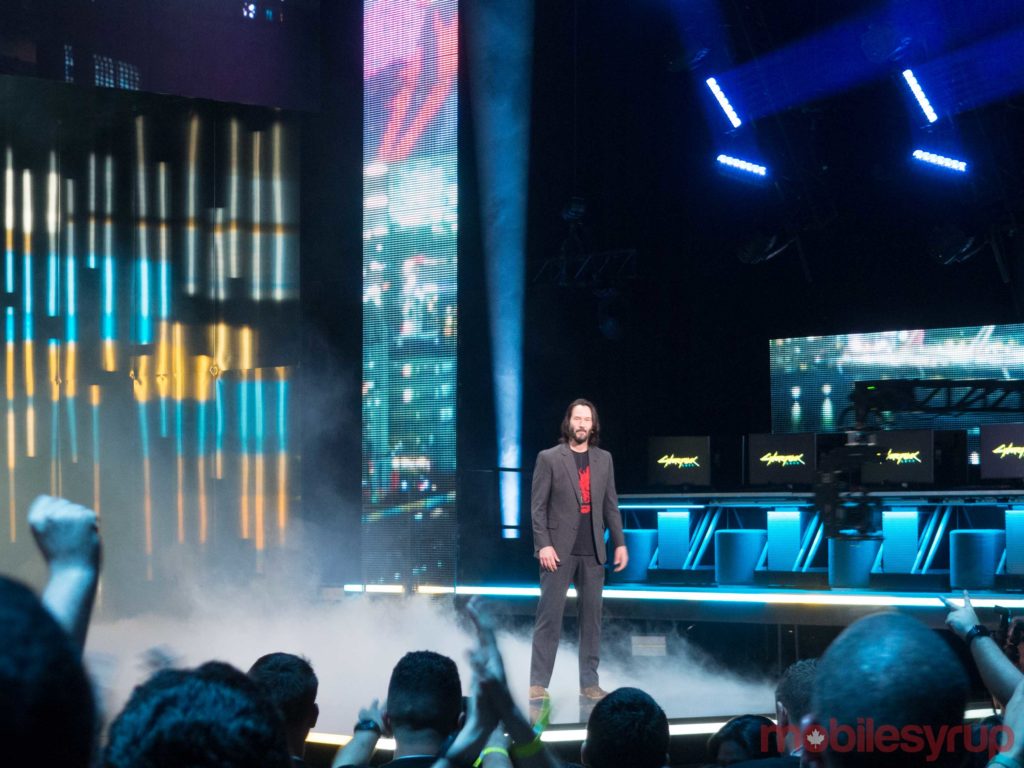 Arguably the most talked-about moment of the show was when Toronto-raised actor Keanu Reeves (of The Matrix and John Wick fame) made a surprise appearance at Xbox’s E3 keynote to reveal he’s in Cyberpunk 2077, the highly-anticipated sci-fi action-RPG from The Witcher 3 developer CD Projekt Red.

Meanwhile, Canadian journalist and producer Geoff Keighley once again put on his ‘E3 Coliseum‘ show, which brought together developers and celebrities alike to discuss games and associated trends.

“One great thing about our industry is we have so many big players that there’s a Canadian component to a lot of the big AAA titles that you see,” says Jayson Hilchie, president and CEO of the Entertainment Software Association of Canada, during an interview with MobileSyrup at this year’s E3. 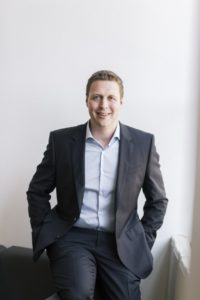 “We have a staff member who’s dedicated to simply just walking [E3], finding games that are made in Canada and playing them, tweeting about them and promoting them […] I always joke with the ESA in the U.S. about how this is actually our [Canada’s] show because we’ve just taken over the development of many of the big [titles].”

ESA Canada is responsible for working with policy-makers at the provincial and federal levels of government on behalf of game makers. Through original research, the association also aims to promote the gaming industry’s impact on Canada as a whole.

Additionally, ESA Canada aims to support the next generation of game developers, who are no doubt inspired, in part, by the plethora of high-profile titles made so close to home. Since 2014, ESA Canada has held its annual Canadian Student Video Game Competition, which selects the most creative and original game made by a team of post-secondary students from across Canada.

The judging panel includes experts from Microsoft, P.E.I.-based software company Sculpin QA, development studio Warner Bros. Montreal and tech journalist Marc Saltzman, among other luminaries. The winning team ends up getting flown out to Los Angeles and given a spot on the E3 show floor to promote its game to the industry.

Coming in first place this year was Cut Loose, a third-person adventure game on Android that was made by eight students representing the Université du Québec en Abitibi Témiscamingue (UQAT) and Université du Québec à Montréal (UQAM). Impressively, the game — which also won top honours at Ubisoft’s 2019 Game Lab Competition — was made in only 10 weeks. 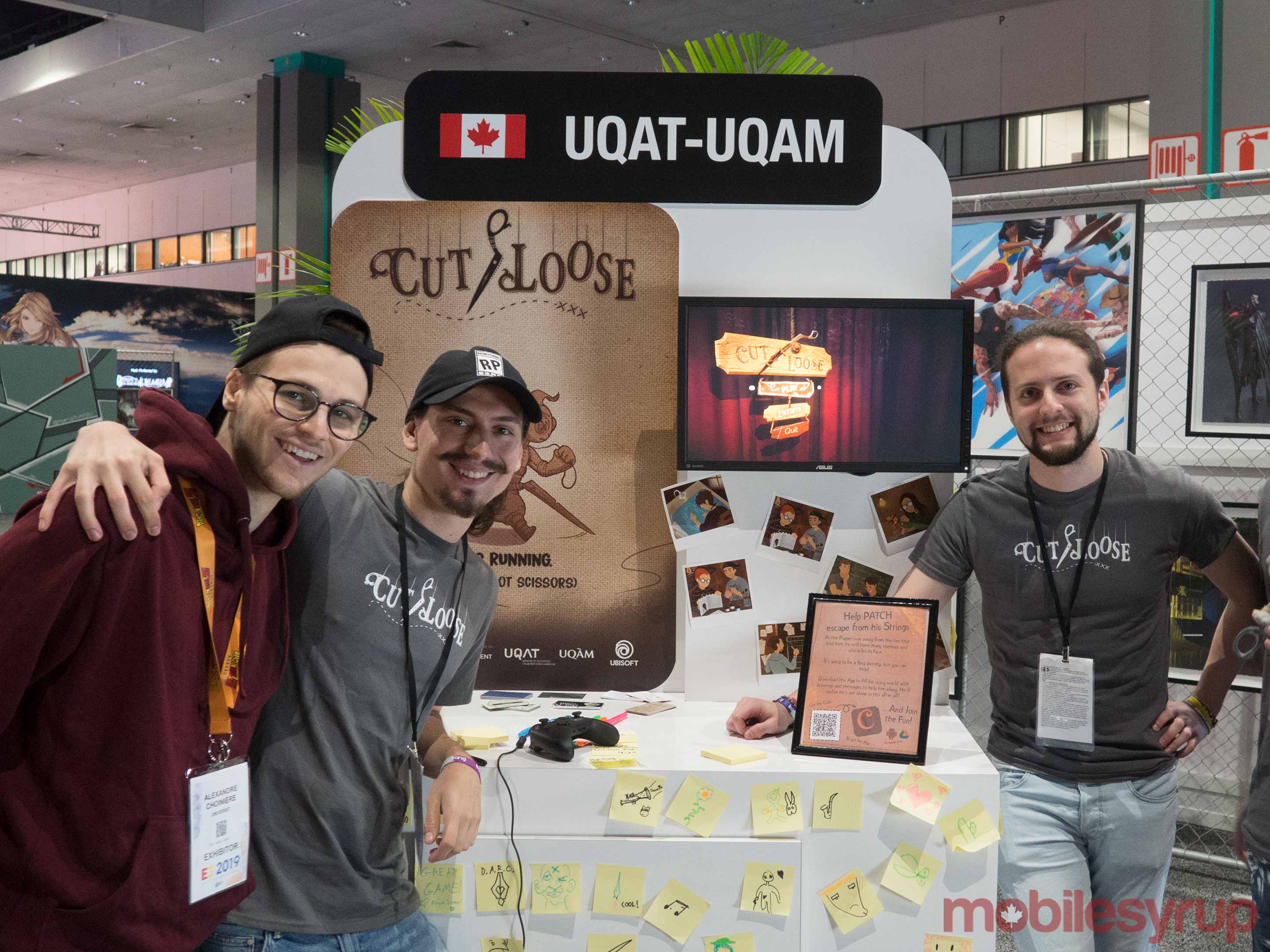 According to Hilchie, more than 40 teams entered this year, which demonstrates a significant increase in interest in the competition over the past five years.

“One thing that was was really great about this year was the fact that the top three came from, basically, across the country,” says Hilchie, noting that the first, second and third-place finishers came from Quebec’s UQAT and UQAM, Oakville, Ontario’s Sheridan College and the Vancouver Film Festival, respectively.

“We’ve never had more games than we’ve had this year. We’ve never had more schools. I think our first year had 12 games from six schools, and now we’ve got 40 games from 25 schools. What that’s telling me now is that this has become a bit of an institution which is really exciting and we want to see it continue obviously get bigger and bigger.”

Looking forward, Hilchie says he hopes to bring in even more students from other provinces.

“As a Maritimer, I’d like to see us with more and more games from the East Coast. I know there are game programs at Dalhousie University, at the University of P.E.I., at [the] Memorial [University of Newfoundland], at Acadia University in Nova Scotia. They have game programs — we just need to get more interest in them to submit their games.” 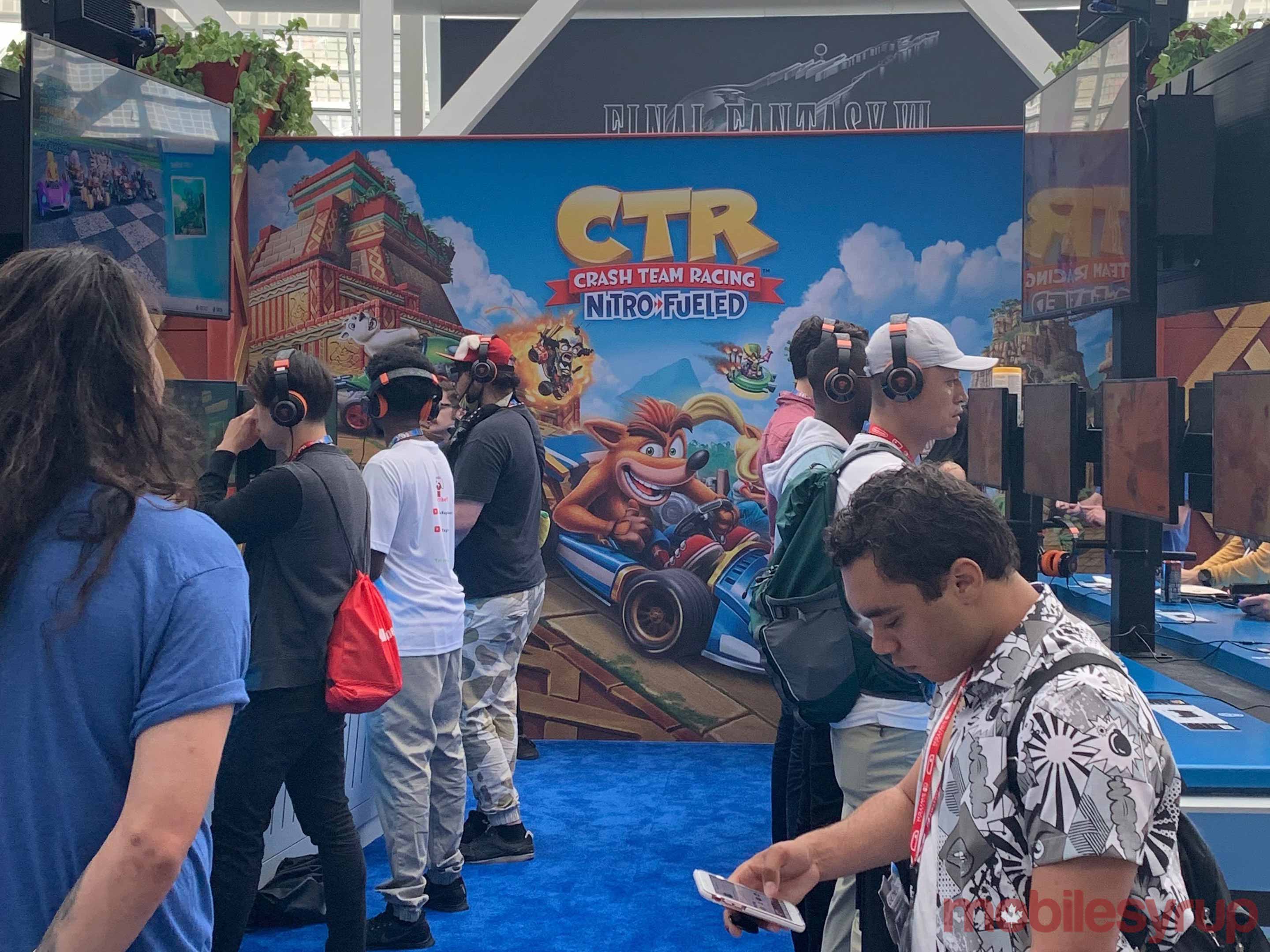 However, while Hilchie looks towards growing ESA Canada’s E3 competition, the future of E3 itself remains somewhat uncertain. When E3 debuted in 1995, the internet was a fairly nascent technology, making the show a necessary venue through which the media would learn about games and report back to readers at home.

Now that it’s easy to make announcements through short, informative blog posts or live streams, E3 is seen by some as less relevant. This is a big reason why PlayStation made the landmark decision to skip this year’s show, according to Shawn Layden, head of Sony Interactive Entertainment Worldwide Studios. Instead, Layden has suggested that E3 turn into a fan-centric event that’s less about extravagant keynotes and more about game demos and other events — sort of like a Comic-Con for video games.

When asked about this shifting landscape, Hilchie acknowledged the push from companies like Sony but noted that this has just, in turn, led to other publishers filling the void instead.

“I think one thing you’ve seen this year is Square Enix taking over PlayStation’s [Monday night of E3 week] time slot. That’s a good sign. You’re seeing more diversification among the big publishers to do press events. We’ve got more companies that are interested in doing these types of things. I think that’s healthy.” 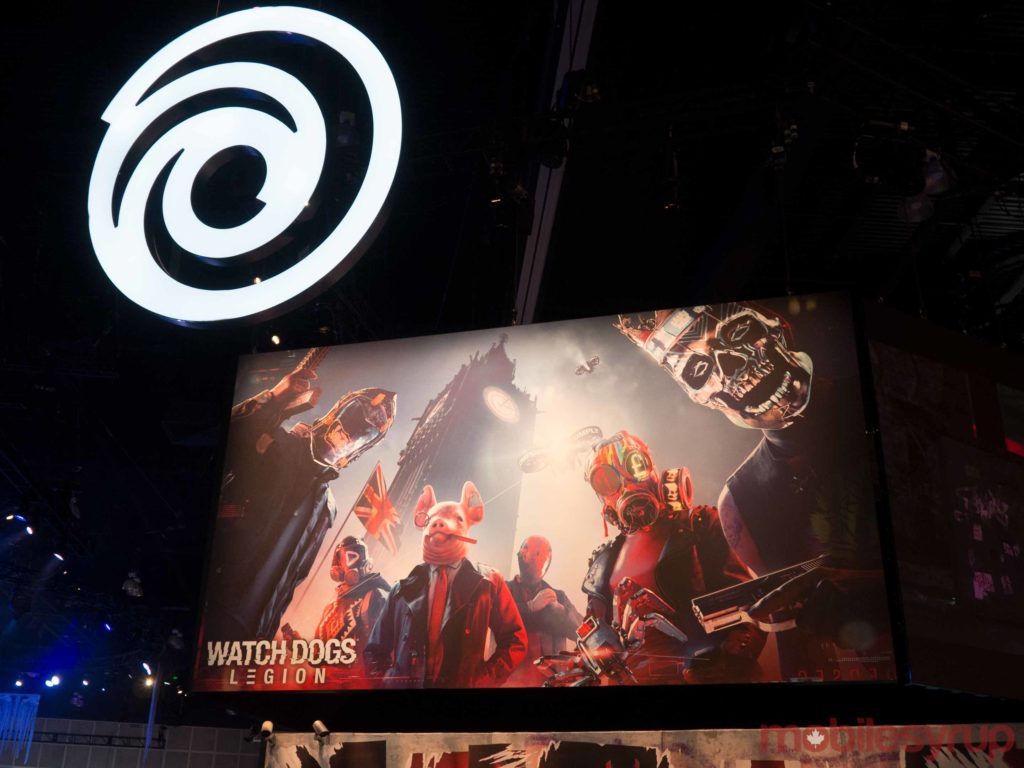 At the same time, publishers are doubling down their focus on consumers, according to Hilchie. “You’ve got 15,000 consumers [at E3] this year, which is more than they’ve ever had here before […] I’ve never seen more publishers as laser-focused on the player as I’ve seen now.”

“Everybody’s focused on getting the games into the hands of the players as early as possible and focusing on what the players want. And I think that the natural progression is, eventually, you’re going to see more consumers in the show […] I think what you’re seeing with more consumers here than ever before is a good thing.”

While much discussion is underway regarding the state of the LA-based games industry event, there seems to be no word on similar shows coming to Canada. Despite Canadian companies holding a significant presence at both the show and the broader industry, there aren’t any remotely equivalent events here at home, save for much smaller gaming showings at the likes of Fan Expo and the Enthusiast Gaming Live Expo.

According to Hilchie, this is because it’s somewhat of a struggle to get companies to sign off on doing either fan-focused events like PAX or hybrid industry-consumer shows like E3 in Canada.

Joined today in #LosAngeles with the leaders of the International Associations discussing the issues affecting the global #videogame industry, trends, and public policy developments in each region #E32019 pic.twitter.com/vbHnStZrag

“Yeah, you would think with [Canada’s] percentage of penetration in the consumer market that we would have more [Canadian events],” Hilchie admitted. “But the reality is we’re dealing with trying to get agreement amongst all the different publishers to be involved.”

In fact, he noted that talks to get an E3-style consumer event in Canada took place several years ago but ultimately ceased as many hurdles got in the way.

“The problem is that [with] all conferences and all these shows, I think a lot of the companies just say ‘there’s enough — where are we going to fit in another multi-million dollar deal?’ [They] get it at E3. Now they’re getting ready for Gamescom [in Germany] in two months. They’ve got PAX. They’ve got Tokyo Game Show.”

Is there a chance talks could resume down the line? “Possibly,” says Hilchie. “Right now, it’s just hard to get buy-in from companies when there are already so many events around the world that they’re involved in. [But] I would love nothing more than to see something like this in downtown Toronto or downtown Montreal.”

While the possibility of an E3-like show in Canada remains uncertain, Hilchie is overall optimistic about continued growth in the Canadian gaming sector, especially as new technologies like the Google Stadia and Project xCloud streaming services are launched later this year. 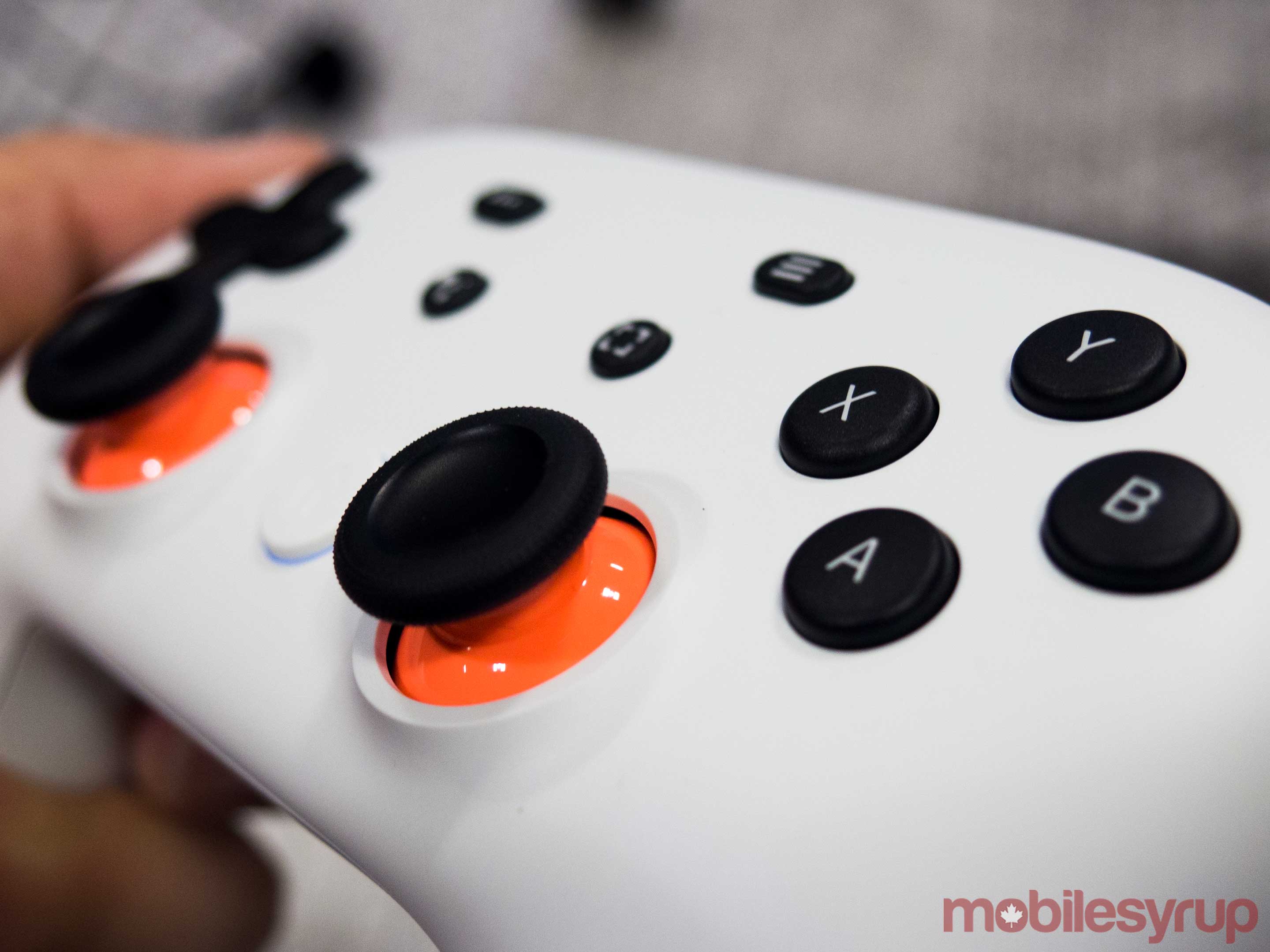 “You’re seeing the industry is fragmenting a little more and becoming more innovative with the streaming things. We’re going to see more of [that]. They need content and Canada is a great place for them to make that content. I think with Google you’re seeing that already,” says Hilchie, referring to the Mountain View, California-based tech giant’s appointment of prolific Canadian game producer Jade Raymond as the head of its Stadia game development studio.

Google also turned to its team in Kitchener-Waterloo to lead development on both the hardware and software components of the Stadia controller.

“Hopefully, if Apple starts to make its own content for its Arcade [subscription service], then you’ll see them open something up [as well]. I would love to see, as the industry continues to grow and expand and differentiate into different segments, that those companies that maybe weren’t traditional players in our industry that are now building things look to Canada to open up because we’ve got incredible, amazing talent and infrastructure in an ecosystem that’s second to none.”

He also says the Canadian government’s support for video games is stronger than ever.