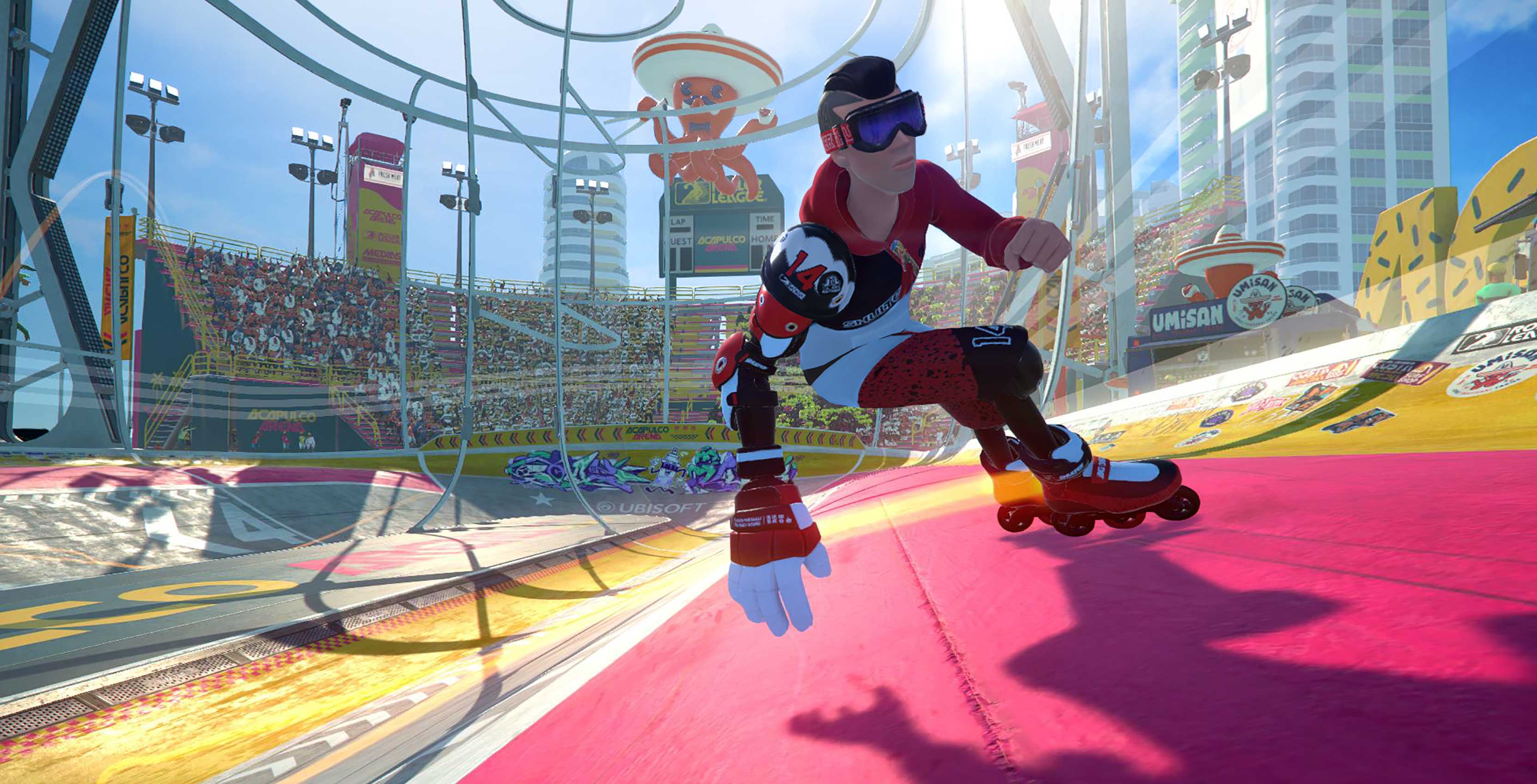 Ubisoft’s Winnipeg studio, as well as its Pune, India division, assisted with development on Champions.

In the game, players will race around a packed arena on rollerblades and throw a ball through a hoop to score points, all while dodging and tackling one another.

Matches are divided into two teams of three players, with the goal being to reach five points first. Players can race up and down walls to gain speed, avoid the opposing team, pass the ball or take a shot.

New customization options like gear, arena crowd celebrations, outfits and animations can be unlocked over time. Online leaderboards will also be offered.

A specific 2020 launch date has not yet been revealed. Further, Ubisoft is only working on Roller Champions for PC at the moment, although it hasn’t ruled out a console version.

For now, Ubisoft is offering a free PC demo through its Uplay service until June 14th. More information can be found here.