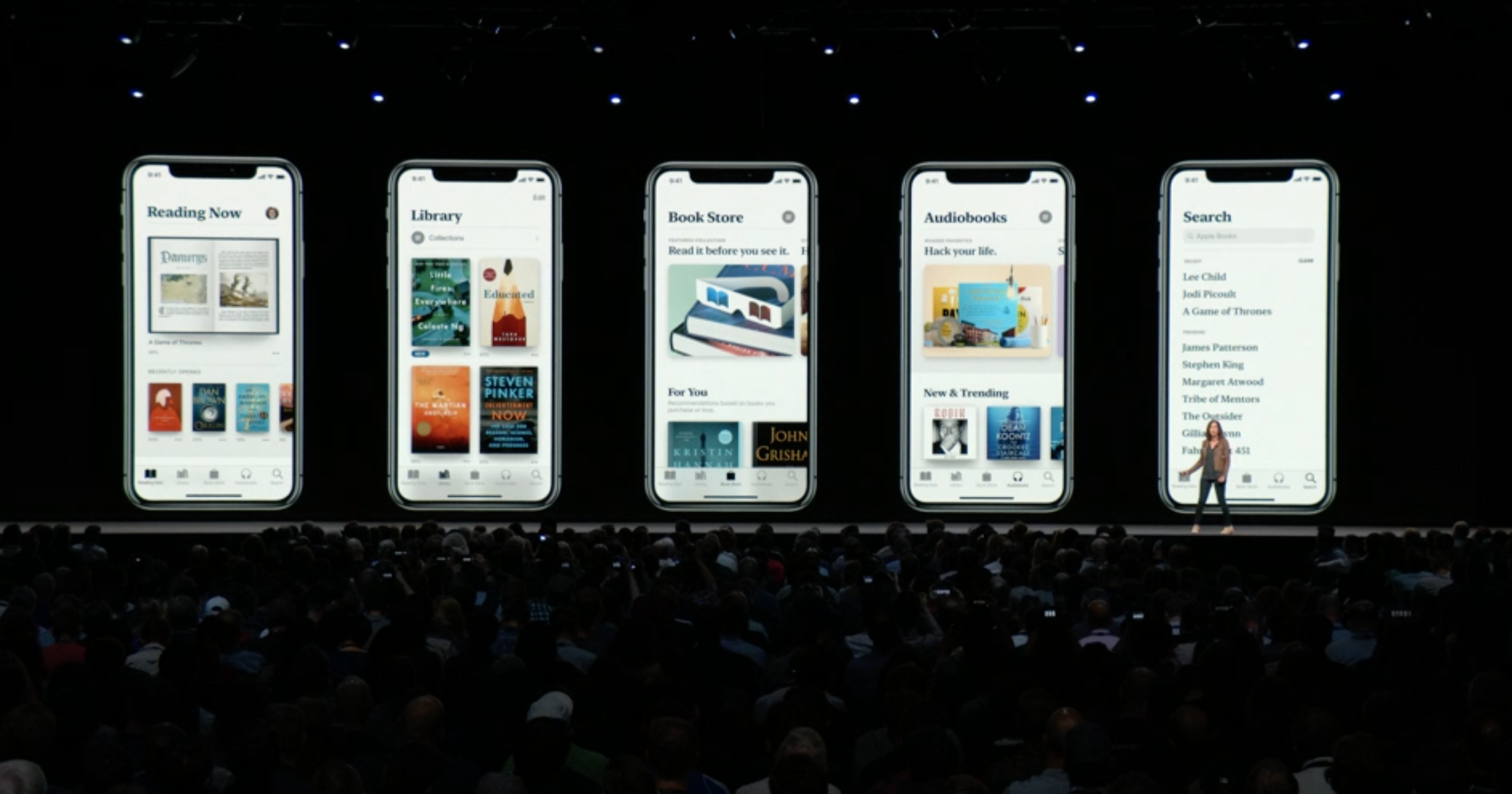 Apple is redesigning iBooks for iOS 12.

The app will receive a visual overhaul in iOS 12, as well as a new name. Moving forward, the app will be called Apple Books. The name makes the app fall in line with Apple Music and Apple News.

There is a new section at the top of the Apple Books app called ‘Reading Now’ that shows users a small preview of what was last read, so they can hop into their book more quickly.

The Apple Book Store has also been redesigned to fall more in line with the App Store and iTunes marketplace.

The Apple Books app now has better support for audiobooks as well.

It isn’t clear when this app will hit the App Store but, it’s reasonable to assume that Apple Books will launch alongside iOS 12 in the fall.