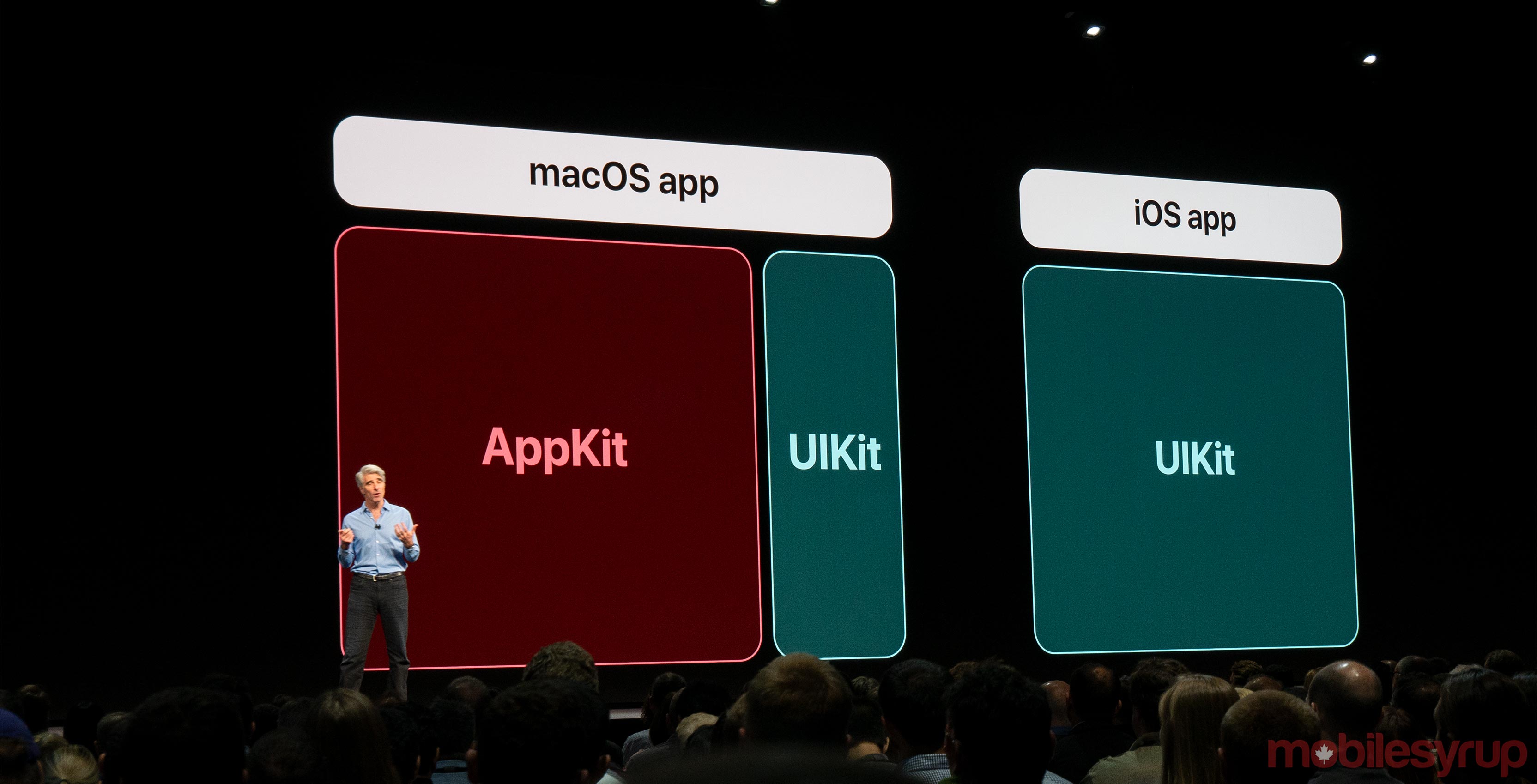 However, Federighi did announce that the company plans on porting over some iOS apps to the macOS platform.

Some of these apps, like ‘News’ and ‘Home,’ for example, will be coming to macOS with macOS X Mojave.

Developers will be able to start experimenting with iOS apps on macOS in 2019.