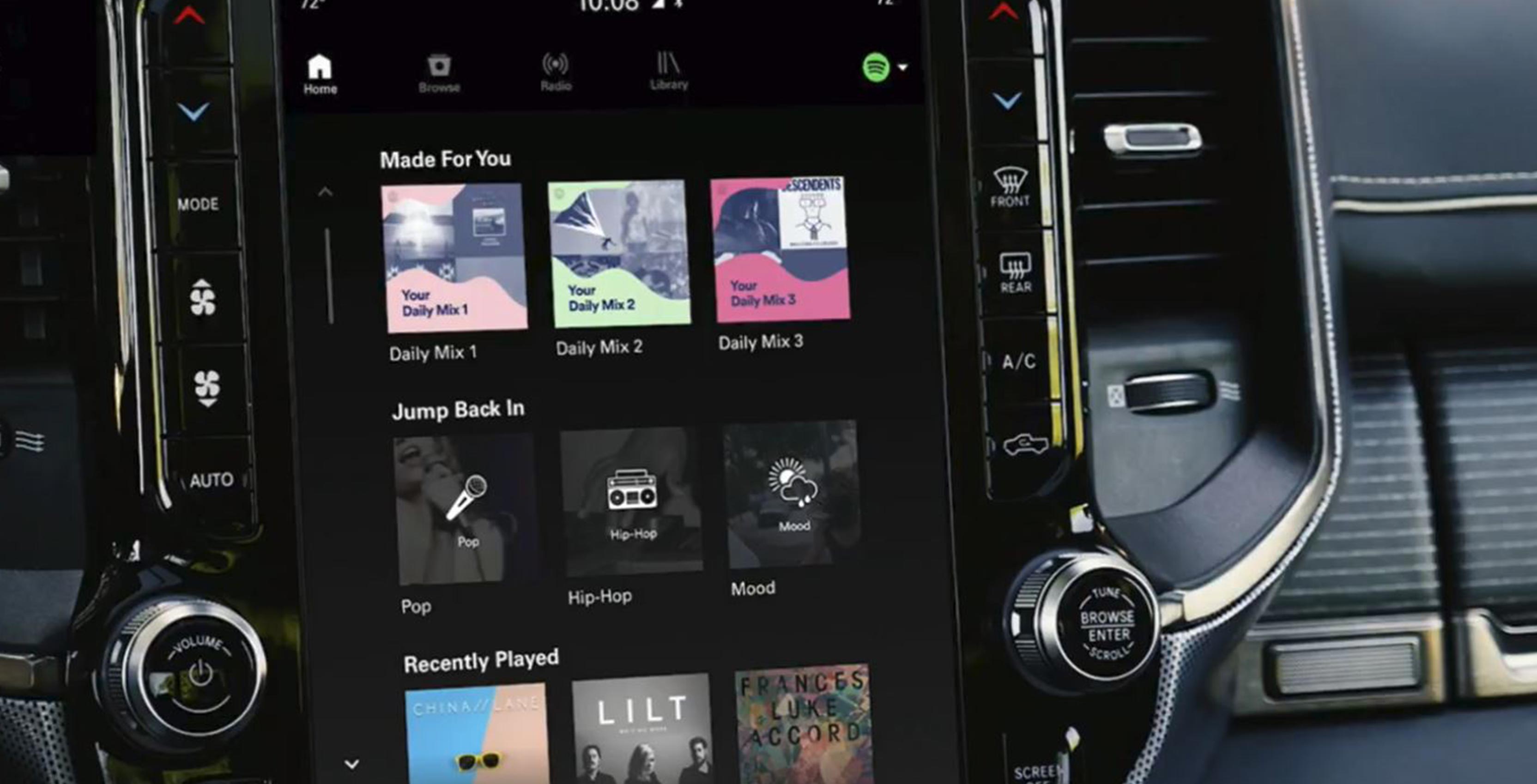 Google started teasing the next variant of Android Auto’s design language right before the company’s annual I/O developers’ conference, and the company used the event to provide more details on the upcoming changes.

One of the big things Google showed off was its phone-less integration with Volvo and what it could look like if other car manufacturers started using this technology as well.

Google also discussed the way the company is building Android Auto’s backend to support a variety of different display sizes. An example of this could be running the music app and maps app at the same time on an ultra-wide or tall screen.

The only app that was shown off at I/O was Spotify, and it does look a lot more like the mobile app instead of the list-dominated apps that are part of the current Android Auto design philosophy.

Google also stated that it wants to integrate Android Auto into the design language of more cars. The company wants to do this by making the operating system’s visual langue represent the infotainment console of the car, according to TechCrunch.