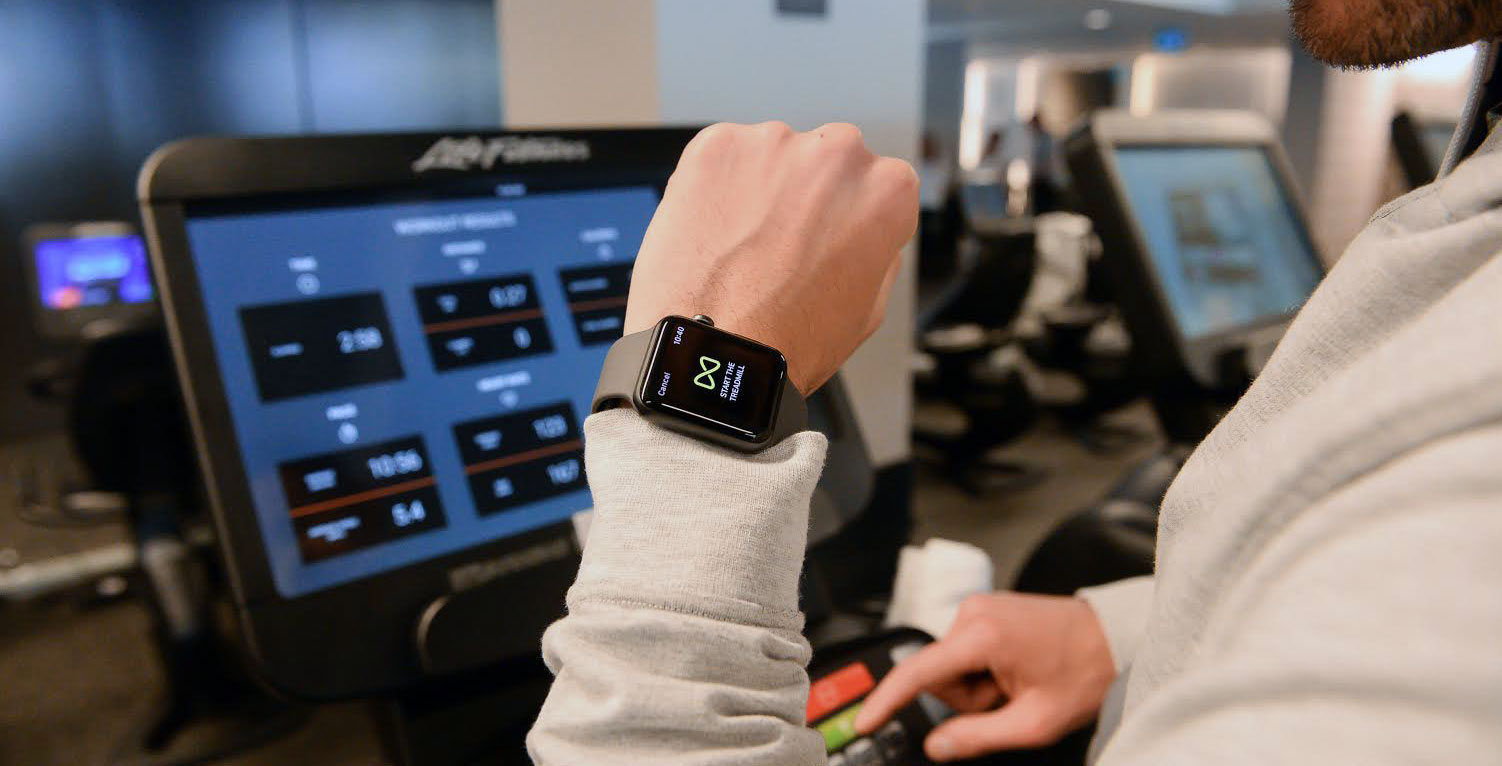 Life Fitness equipment at the Equinox gym in Toronto is now capable of easily pairing with the Apple Watch in order to sync fitness data over the course of a workout.

GymKit works with Life Fitness treadmills, ellipticals, stair steppers and indoor bikes, according to a press release from Apple. In the absence of GymKit, cardio equipment typically relies on additional hardware to accurately track heart rate.

Equinox is the first fitness club in Canada to add GymKit to its equipment. The feature is only available at the company’s Toronto Yorkville location currently, though a more expansive rollout is planned in the future, says Apple Canada.

“The advanced technology of Apple GymKit with Life Fitness equipment is another example of how our fitness platform is rapidly growing to connect exercisers, clubs and innovative technologies for more engaging workouts. Equinox has always been a great partner and we’re excited to launch Apple GymKit with them in Canada,” said Jaime Irick, president of Life Fitness, in a press release.

“LifeFitness has also introduced GymKit at fitness clubs in the U.S., Japan and Hong Kong.

Apple says that 80 percent of the world’s cardio equipment manufacturers are onboard with GymKit and that a rollout to more exercise equipment companies is expected in the near future.

GymKit was first announced back in June 2017 at Apple’s Worldwide Developers Conference.