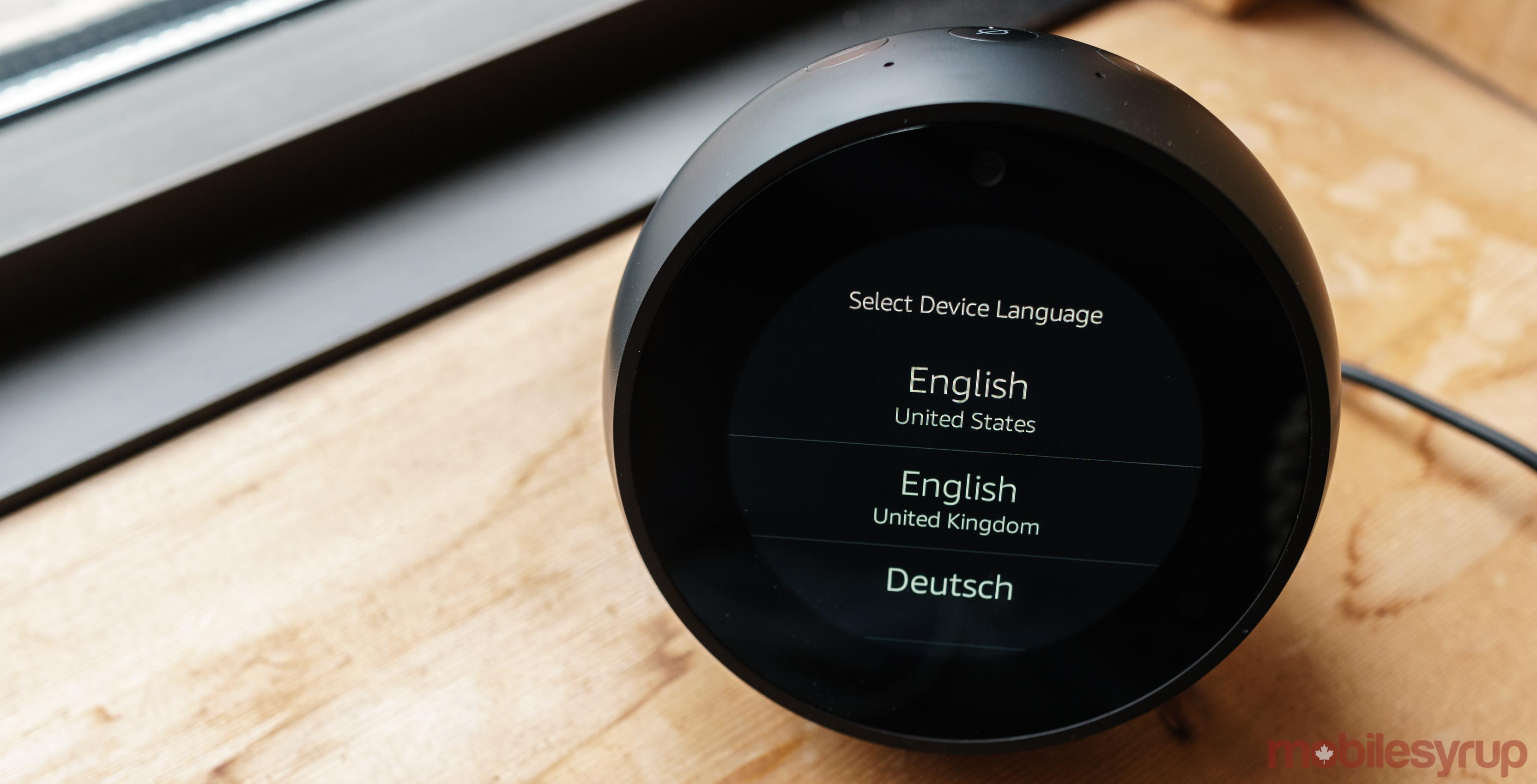 Amazon’s Echo Spot voice-activated assistant is now available in Canada for $169 CAD, after releasing last December in the United States.

Unlike other Echo devices, including the 2nd Gen Echo, Echo Pro and Echo Dot, the Spot features a built-in display. Few Canadian news outlets have signed up to create video Skills for the device as it stands right now. Currently, CTV News and Global’s Entertainment Tonight are the only programs, but it’s possible more will follow suit after the Spot’s launch.

That said, Amazon says other information, such as weather, commute times, music and alarms, can be displayed on the Spot’s small screen.

Amazon’s Echo Spot launched last December in the U.S. as a smaller version of the clinical-looking Echo Show — another Alexa-powered Voice-activated device that hasn’t made its way to Canada.

The Echo Spot is currently available on Amazon.ca for $169.

We’ll have more on the Echo Spot in the coming weeks, including a full review.