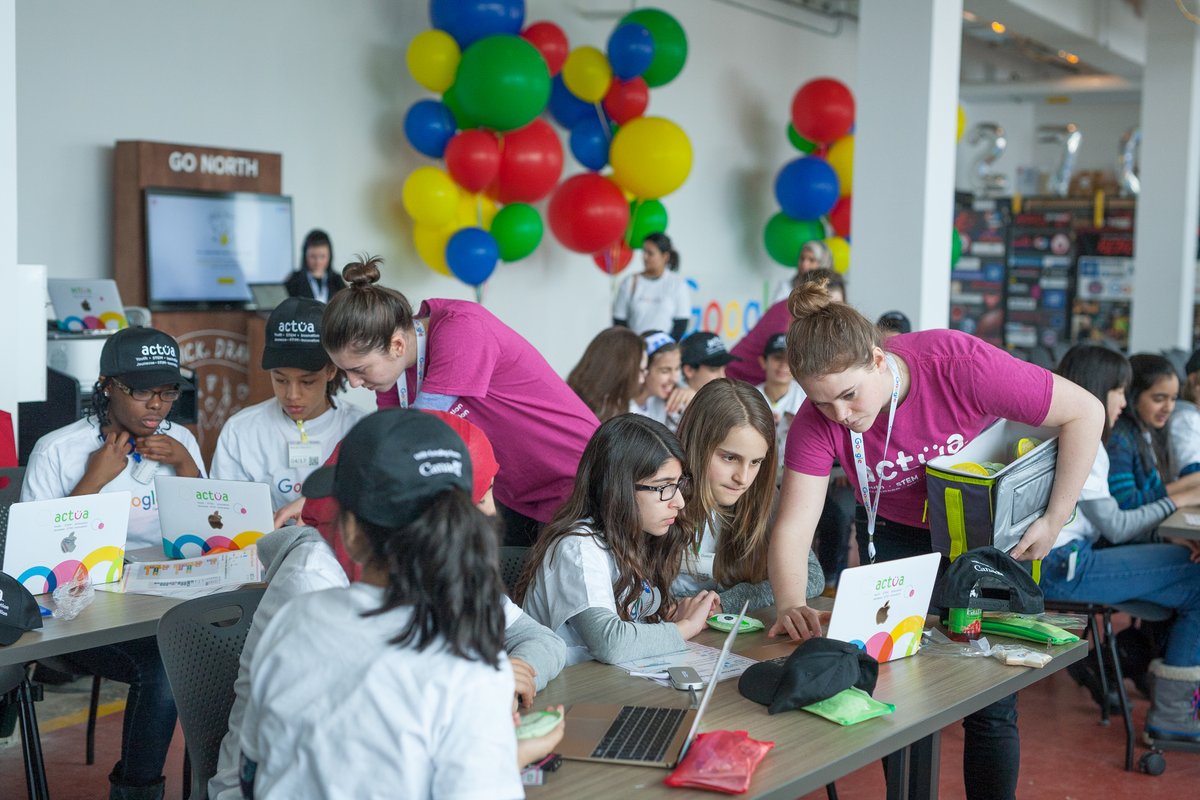 The new 3,932 square foot Google Waterloo Community Space will offer local nonprofits and organizations working in STEM education and diversity free access to host programming and events. The tech giant is also making its own investments supporting existing programs, including:

“We are incredibly grateful for Google’s significant re-investment in Actua’s coding and digital skills programming for youth across Canada,” said Jennifer Flanagan, president and CEO of Actua. “This support will help provide hundreds of thousands of youth with the critical knowledge and skills they need to become Canada’s future innovators.”

The company also announced that it would bring its Technovation Challenge, a global tech entrepreneurship competition for girls ages 10 to 18, to Waterloo for the first time.

“We’re thrilled Google is opening a new Community Space next to its Kitchener-Waterloo office and investing $2.1 million in funding for local STEM non-profits and schools,” said Kitchener Mayor Berry Vrbanovic. “This is fantastic news for our city — Google’s support will help us drive innovation and growth and find future tech leaders right here in the community.”

? Amazed? We are. ? The KW Youth Robotics Team has been using our new Community Space in Kitchener-Waterloo to build a giant 5 ft robot to compete in the First Robotics competition #GoogleKW pic.twitter.com/yM39tdCb3J

“The University of Waterloo is committed to diversity, equity and inclusion and is proud to be a world leader in experiential learning,” said Feridun Hamdullahpur, president and vice-chancellor at Waterloo. “Google’s investments help to encourage digital literacy across diverse age groups and to address gender equity in the technology sector.”