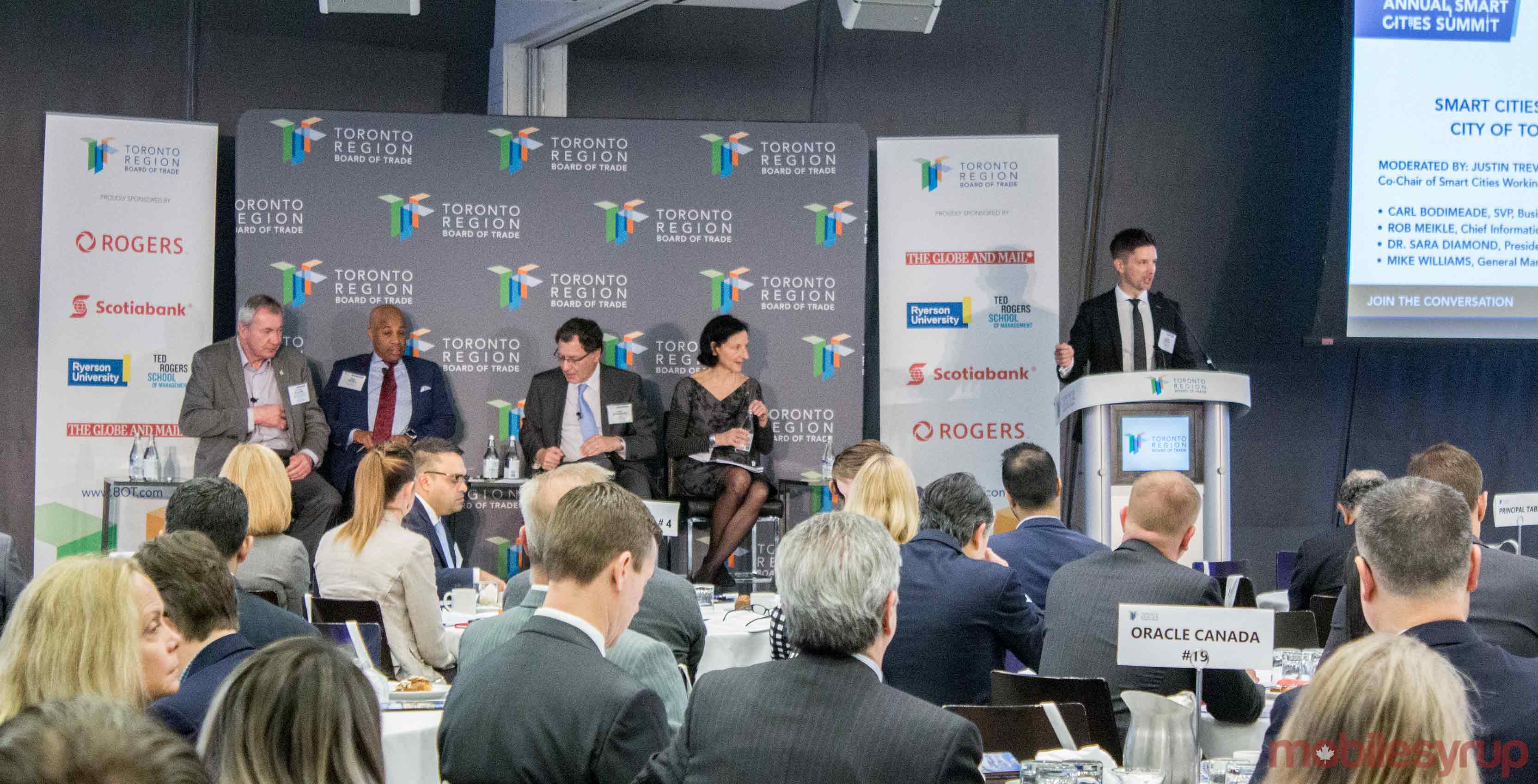 It’s a fact that’s almost quintessential to community-building: Find innovative ways to improve a community and you can solve most of a community’s problems.

The Toronto Region Board of Trade (TBOT) took yet another step in the direction of innovation by hosting the second annual Smart Cities Summit (SCS 2017), on May 10th, 2017.

Held at TBOT’s offices in Toronto’s Financial District, SCS 2017 was a gathering of a proverbial brain trust, featuring keynote speakers, as well as panels aimed at addressing the issue of Toronto’s role as a leading global smart city.

At the summit were representatives from industry, academia, and government.

Those convened at SCS 2017 spent time discussing the findings of a recent report published by TBOT that highlighted the work that still needs to be done to improve the city.

The report, ‘Framework for a Smarter Toronto: A Call for Collaborative Action’ speaks to some of Toronto’s accomplishments in the smart city industry.

According to the report, Toronto is:

Successful, but not without room for improvement 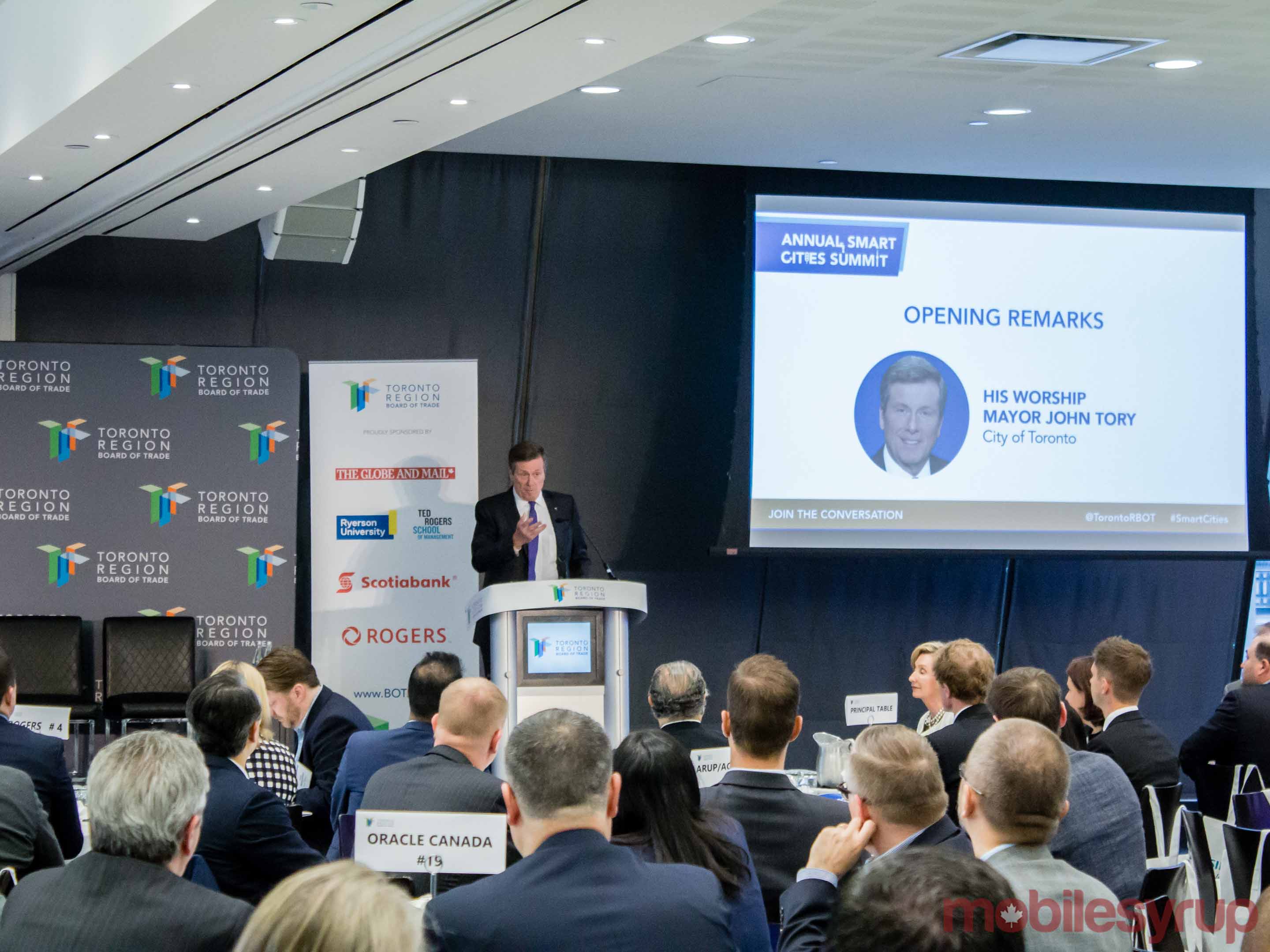 As Jan De Silva, the president and CEO of the Toronto Region Board of Trade, specified in her opening remarks at SCS 2017, Toronto’s accomplishments negate the challenges the city still faces.

“Our city struggles to deliver essential services to Canada’s largest urban population,” said De Silva. “We’re the only city in Canada with financial responsibility for two regional highways and the second-largest stock of community housing in North America.”

Mayor John Tory, who was also at the event, emphasized that modernizing Toronto’s municipal government was essential to pursuing innovation in the city.

“The problem is…we are still running a government that’s largely antiquated,” said Tory. “The challenge is to modernize the government.” 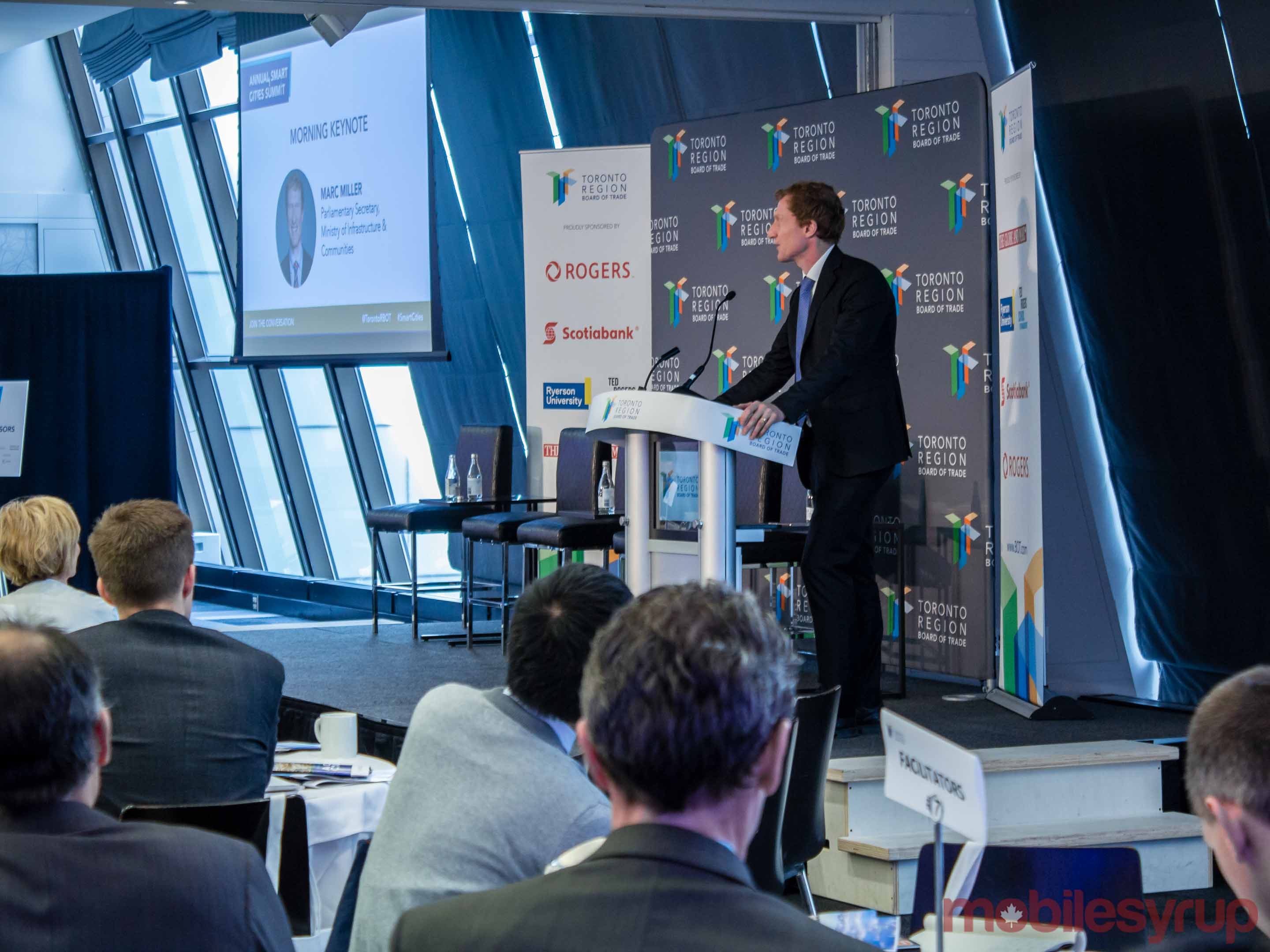 According to research presented at SCS 2017, the smart city industry is expected to add approximately $1.5 trillion to the global economy by 2020 — a figure that’s about the size of Canada’s economy in 2013.

The questions then becomes: How do communities grow into smart cities?

“One of the areas where the private sector representatives can really help is to identify and bring to the city’s attention some of the newer, some of the more innovative methods, approaches,” said Carl Bodimeade, senior vice president of business development at Hatch.

“A lot of our companies have representatives and operations around the world; [we] can bring those to the city’s attention so the city can look at them and say ‘Yes this is something we want to adopt’ or ‘May not work in Toronto but if we tweak it here it may meet our needs.’”

“We can talk about smart cities, we can talk about innovation, but the game-changer is the modernization of policy,” said Meikle. “Technology, industry, academia, even government itself can come up with these great ideas, but if we can’t execute on it, all the strategies you have in the world are meaningless.”