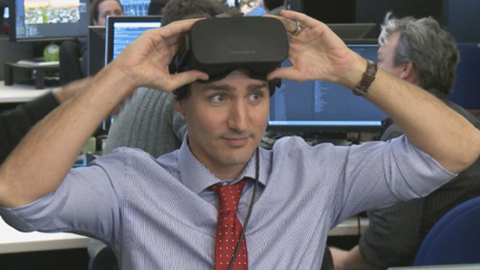 Prime Minister Justin Trudeau turned to Q&A platform Quora to drive home the point that Canada is setting itself up to become a global leader in innovation and tech.

Trudeau answered questions that were not only cheerful and personal, but also questions that offered insights into Canada’s increasing focus on innovation, its investments in the tech sector, and growing domestic talent.

When asked about his stance on artificial intelligence (AI) research, Trudeau explained how the recent federal budget is investing $125 million to launch a Pan-Canadian Artificial Intelligence Strategy to retain and attract talent in AI.

“The strategy will promote collaboration between Canada’s main centres of expertise in Montreal, Toronto-Waterloo, and Edmonton and position Canada as a world-leading destination for companies seeking to invest in artificial intelligence and innovation,” wrote Trudeau.

As part of the $125 million investment, the federal government is already contributing $40 million to $50 million towards the Vector Institute, a new Toronto-based institute that aims to support research in AI. The non-profit institute, which is affiliated with the University of Toronto, will hire approximately 25 new faculty and research scientists to commercialize research in AI and machine-learning. 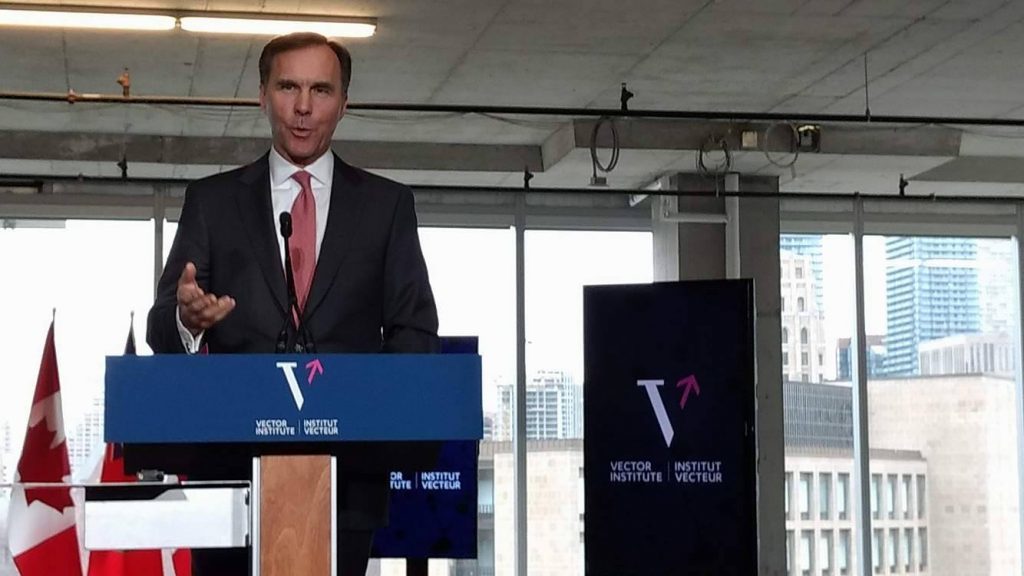 In his Q&A session, Trudeau also addressed what governments need to do to prepare for the automation of human jobs. He noted that while automation replacing jobs is inevitable, governments should embrace advancements in automation while helping to educate and train people to help them find sustainable careers.

“We know that the job market is changing, and instead of resisting in vain, we’re focused on funding research and innovation, like in AI and quantum computing, that’ll help lead the change here in Canada,” writes Trudeau. “And while we do that, we’re preparing Canadians to find good jobs through investments in education and training.”

Trudeau pointed out that Canada’s budget this year includes more grants and interest-free loans for students, in addition to investing in 10,000 “work-integrated learning placements” for students. At the same time, citizens who are a part of the Employment Insurance (EI) program will be able to keep their status if they are pursuing self-funded skills training.

“For unemployed workers receiving EI, this will mean that they can return to school to get the training they need to find a new job—without fear of losing the EI benefits they need to support themselves and their families,” wrote Trudeau, who said Budget 2017 has proposed to provide $132.4 million, over four years, and $37.9 million per year thereafter, towards this initiative.

When asked why the best engineers in the world should come to Canada, Trudeau said innovation and creativity often requires tapping into people with diverse perspectives and backgrounds, and that encouraging multiculturalism at Canada’s post-secondary institutions like the University of Waterloo is crucial.

“It is vital that Canadian children – from kindergarten through Grade 12 – have access to education that prepares them for the jobs of today and tomorrow.”

“The reason University of Waterloo is the top recruiting spot for Silicon Valley certainly has to do with the incredible multiculturalism of its graduates, and not just for the high quality of education,” writes Trudeau.

Trudeau also noted that Canada can deepen its multicultural tech pool “by reaching out beyond our borders.” Pointing to the new Global Talent Stream, a feature of the Temporary Foreign Worker Program that will offer a two-week permit processing time to bring in highly-skilled talent.

Trudeau said that he’s committed to bringing the best talent into Canadian businesses. “We want to help high-growth companies bring in the talent they need quickly by slashing the processing time for a Canada visa application from six months to just 10 business days,” he wrote.

This isn’t the first time that the Prime Minister has used an online platform to promote Canada’s commitment to innovation. After the budget was released, Trudeau took to LinkedIn to break down how the so-called Innovation Agenda would benefit Canadians — especially through education.

“It is vital that Canadian children – from kindergarten through Grade 12 – have access to education that prepares them for the jobs of today and tomorrow,” he wrote. “Budget 2017 invests in organizations that teach girls and boys digital skills and coding, which means more young Canadians will be ready for a workforce that is inherently tech-savvy.”