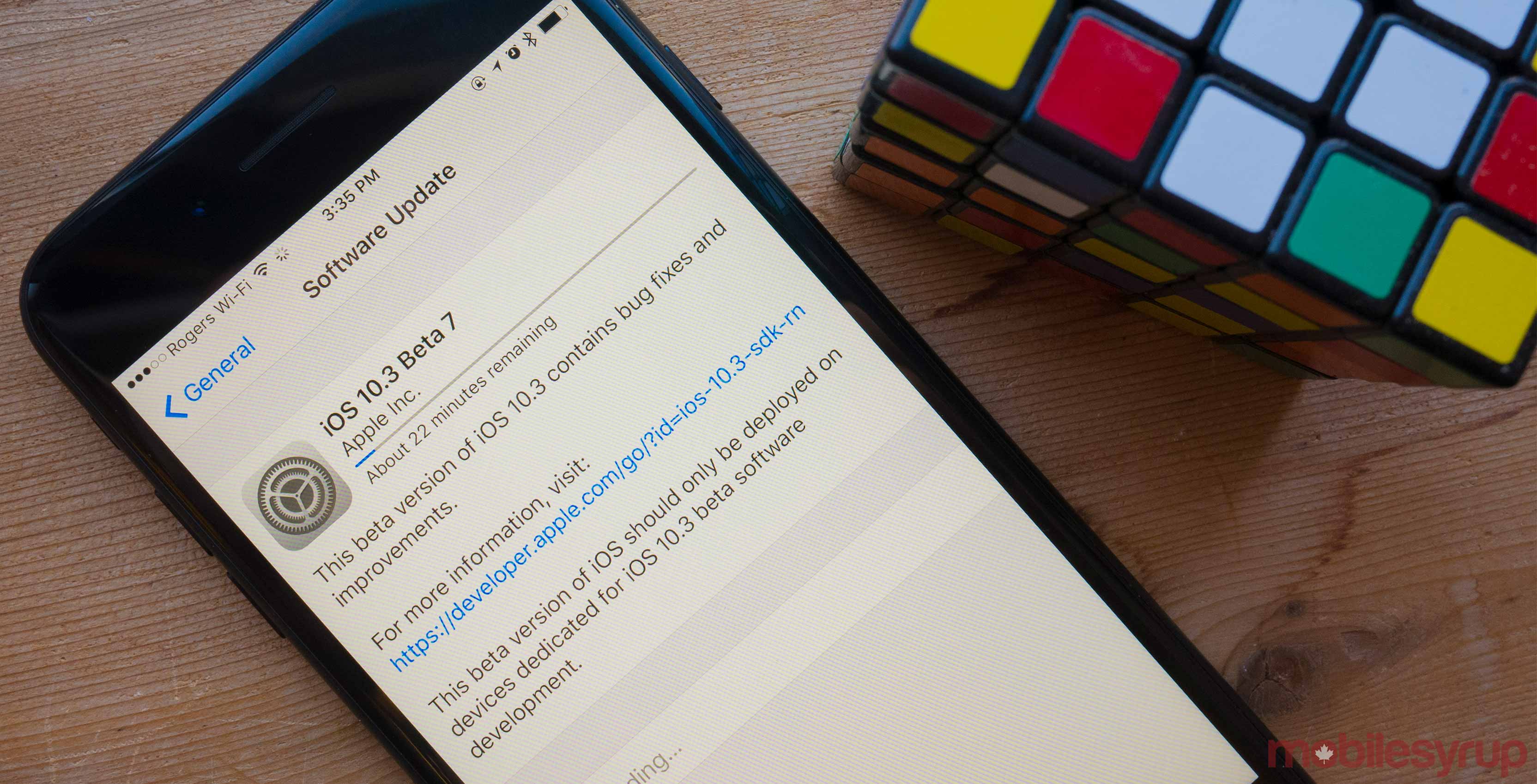 Only days after Apple had released iOS 10.3 beta six, the company has released a follow-up beta, version seven.

The increasing cadence at which Apple is realizing the public betas could signal an impending public release of the company’s latest OS update, or it could mean that there was a critical issue that needed to be addressed right away.

If you’re interested in trying out the new iOS 10.3 public beta and aren’t signed up for it now, you can grab this link to complete the process to become a beta tester.

Oh, if you’re wondering, no, theatre mode isn’t there yet.