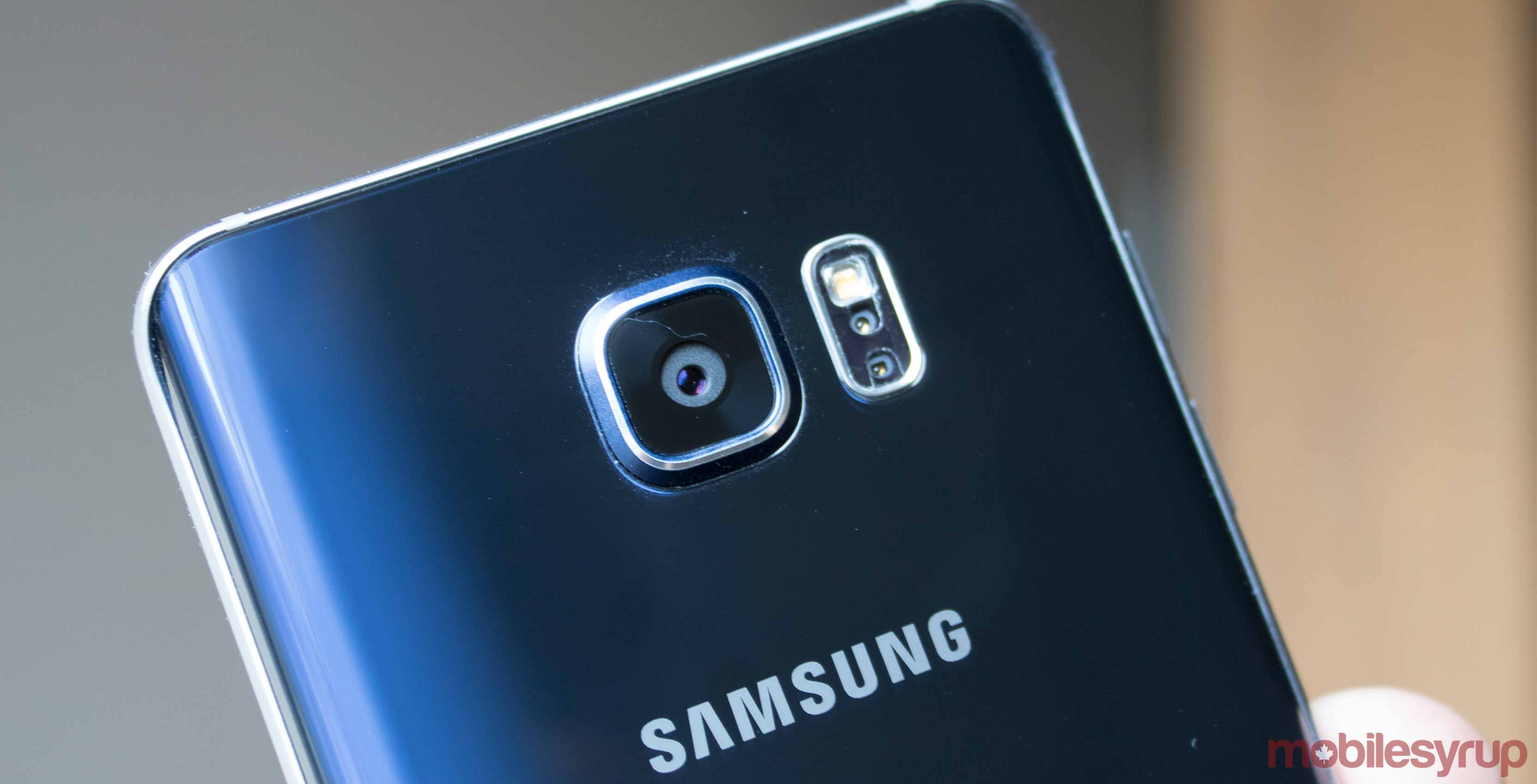 The specs sheet for Samsung’s upcoming Galaxy S8+ handset appears to have been revealed by prolific mobile tipster Evan Blass.

Blass tweeted an image that includes a laundry list of specifications consumers can expect from the new plus-size flagship. Among them: a 6.2-inch Quad HD+ Super AMOLED display (though the sheet specifies it’s 6.1-inch with rounded corners), IP68 water and dust resistance, wireless charging support and an iris scanner.

The specs also note there will be AKG-tuned earphones included with the device. 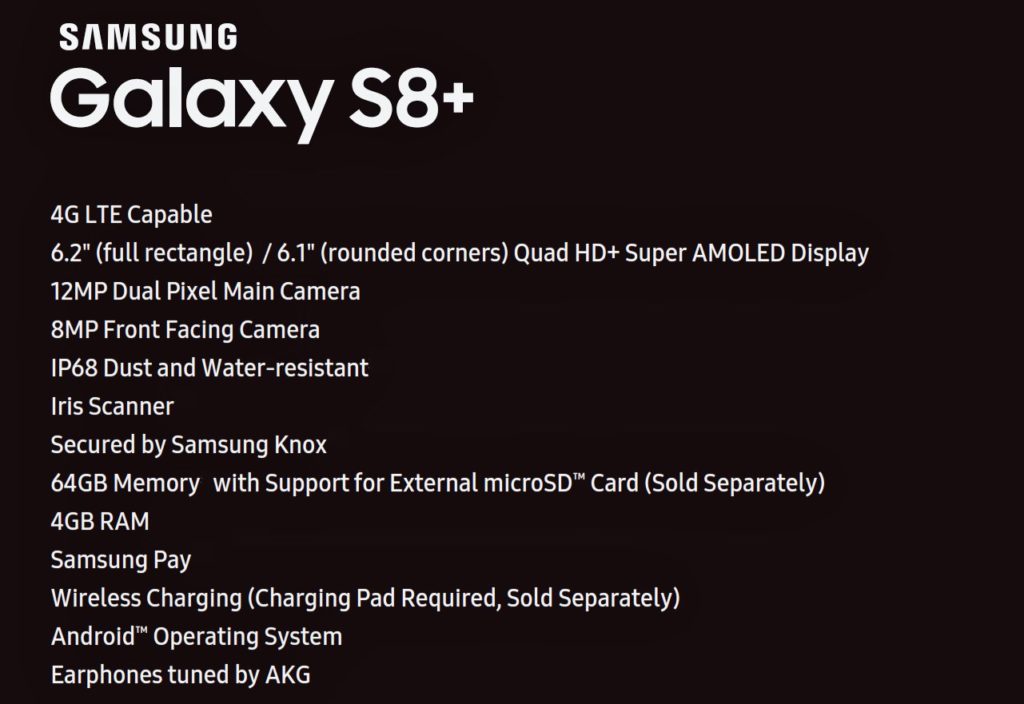 The chipset is not included in the list of specs, though previous leaks have indicated it will be the Snapdragon 835. Backing that up, according to this specs list, is 4GB of RAM and 64GB of internal memory with support for external MicroSD cards.

As for the camera package, the rear-facing shooter is a 12-megapixel dual pixel unit, while the front-facing camera is 8-megapixel.

Additionally, the image specifies a few almost bizarrely obvious points, such as “Android operating system” and “4G LTE capable,” as well as noting support for Samsung Pay and Samsung Knox.

The release date for the Samsung Galaxy S8 and S8+ is expected to arrive on February 26th at Samsung’s Mobile World Congress event. Previous rumours have indicated it will be unveiled at a March 29th event in New York City and hit the shelves mid-April 2017.