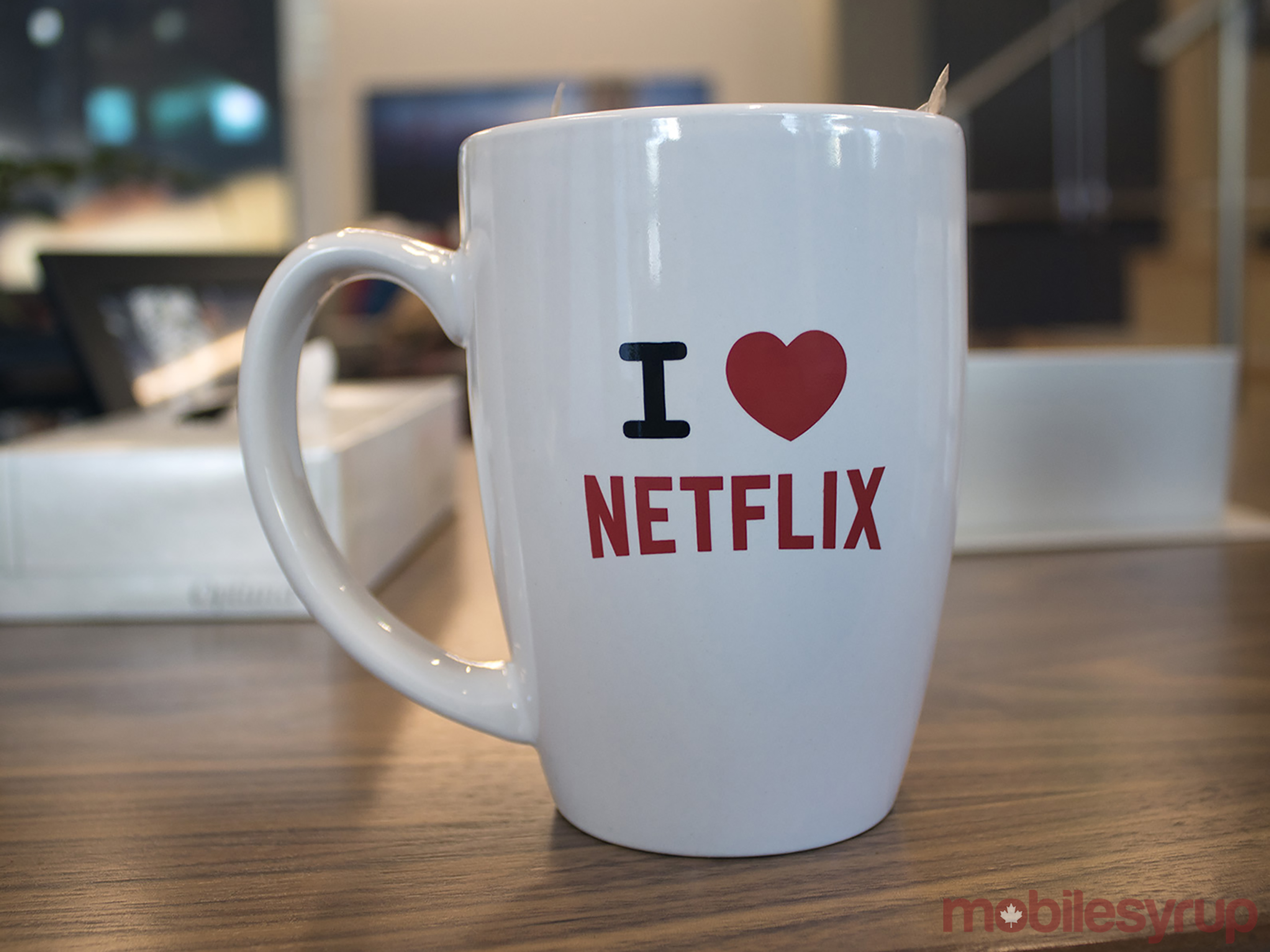 Eight percent of all Canadians watch television exclusively online and do not subscribe to a traditional cable service, according to the CRTC’s recently released 2016 communications report.

This statistic remains stagnant between 2014 and 2016. In terms of anglophone Canadians the number is slightly higher sitting at 10 percent, with Francophones amounting to only four percent.

The provincial breakdown of Netflix has the service growing in popularity across all provinces in Canada, with Alberta and British Columbia having the highest percentage of subscribers, at 46 percent and 55 percent respectively. As expected, the ages 18 to 34 demographic features the highest number of subscribers of Netflix, followed by those aged 35 to 49. While not as indicative as overall Canadian subscriber numbers, a fact Netflix has not released or discussed for a number of years, the platform is clearly growing in popularity in Canada. 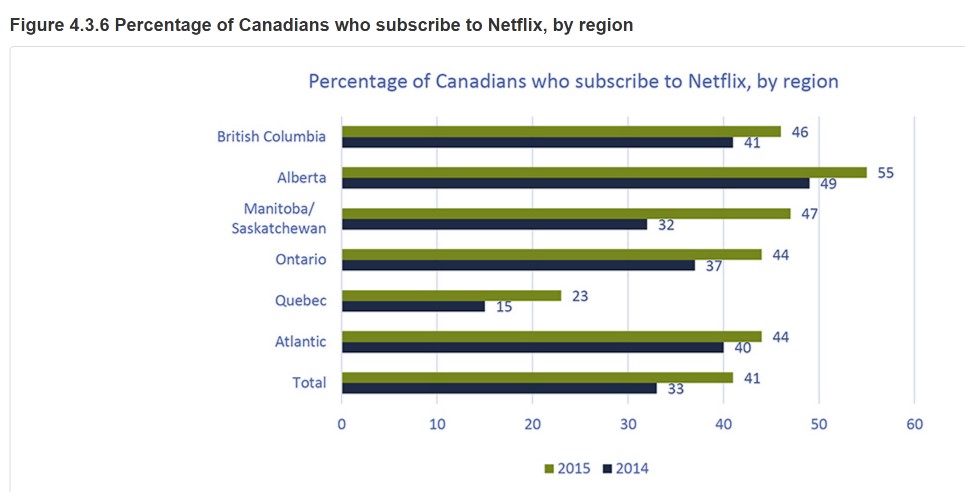 Perhaps most interestingly, the report also indicates that in 2015, only 14 percent of Canadians consider themselves somewhat likely to consider cutting the cable cord, followed by seven percent being very likely to ditch their traditional cable subscription. 44 percent of Canadians say that they are still very fond of their cable services and are not likely to get rid of them any time soon.

Despite this fact, the adoption rate of Internet TV, sometimes referred to as IPTV, is on the rise over 2014, with 57 percent of Anglophones and 49 percent of Francophones utilizing some form of internet TV. Bell launched its Fibe IPTV service a few years ago and Rogers has plans to roll out its on service soon as well In terms of Netflix, there is an increase of eight percent over 2014 from 39 to 47 percent. Francophone Netflix adoption rose from 12 percent to 19 percent.

However, Canadians are ditching more than their cable subscriptions. Music and radio listeners continue to gravitate towards online outlets. The report goes on to say that over 23 percent of Canadians stream AM/FM radio online, an increase of two percent since 2014. 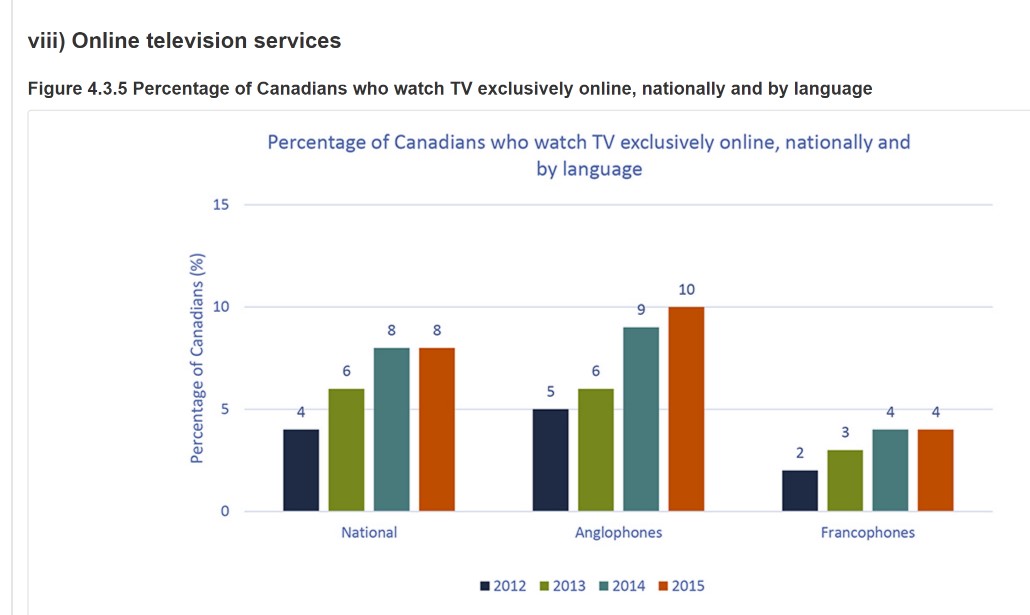 According to a statement from CRTC chairman Jean-Pierre Blais, younger Canadians continue to push the broadcasting sector to evolve.

“This year’s report clearly shows that viewing and listening habits are continuing to shift. Younger Canadians are the ones who consume the least amount of audio-visual content using traditional ways. Online platforms are increasingly attractive and accessible to Canadians. The broadcasting industry must ensure that it meets the changing needs of Canadians, who increasingly want to watch and listen to content on the platform of their choice.”

Overall, revenue for the entire Canadian broadcasting sector dipped by 1.6 percent to $17.9 billion.

This survey was conducted in the 12-month period between April 1, 2015 and March 31, 2016. In terms of data collection, the CRTC says it “collects data from all the registered telecom and broadcasting entities,” and that a variety of different research firms were utilized. In some cases, the regulatory agency says estimates were used, though its mentions that in these instances this fact is mentioned under the table or figure.

Patrick O’Rourke and Jessica Vomiero contributed to this story.

Related: What Shomi’s closure means for the Canadian streaming market