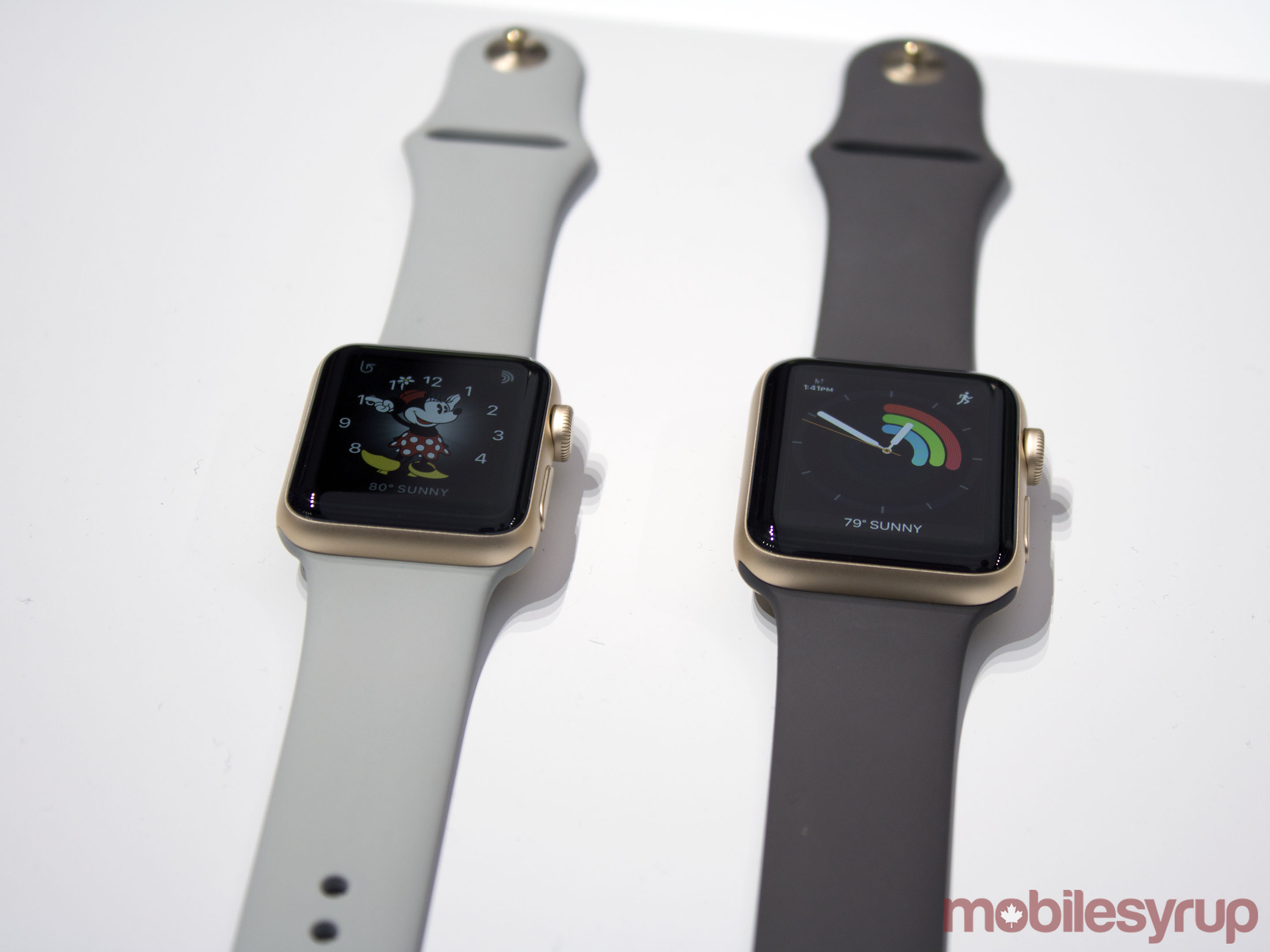 The second iteration of Apple’s wearable, dubbed the Apple Watch Series 2, is now available in Canada.

The new version of Apple’s smartwatch looks nearly identical to its predecessor, though it’s approximately 1mm larger than last year’s edition. Similar to the iPhone 7, inside, a number of things have changed about the wearable, mainly that the Series 2 is considerably faster — 50 percent according to Apple — leading to apps launching more promptly, as well as the fact that the wearable is now water resistant.

The Apple Watch Series 2 is priced at $489 for the 38mm version and $529 for the 42mm iteration. The Nike+ version of the Series 2 is shipping in late October.