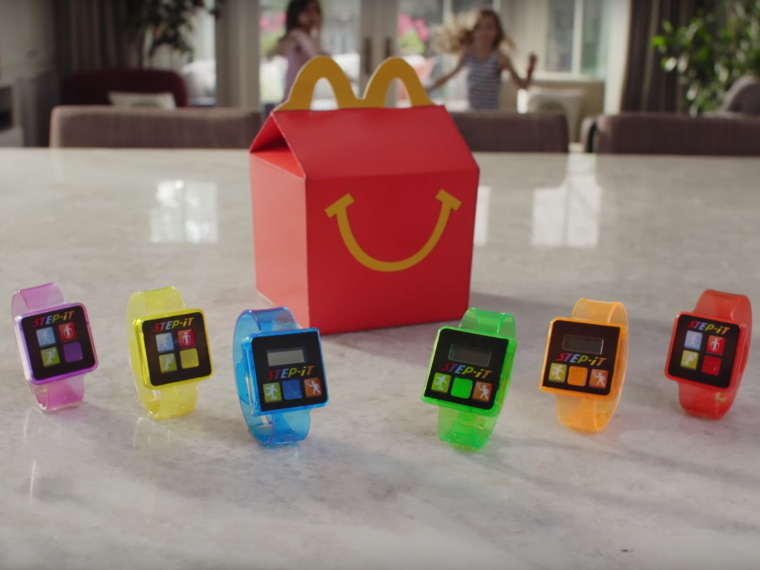 In an attempt to shed its image of fatty Big Macs and oily french fries, McDonalds has slowly updated its menu to offer healthier food choices, including various salads, apple slices and yogurts. Taking this transformation one step further, McDonald’s Canada has bundled in a step tracker into its latest Happy Meal.

The wearable is called “Step-it”, and for the most part, it looks like any other fitness tracker on the market, other than the fact it’s made of plastic. According to McDonald’s the goal of Step-it is to encourage kids to get active. 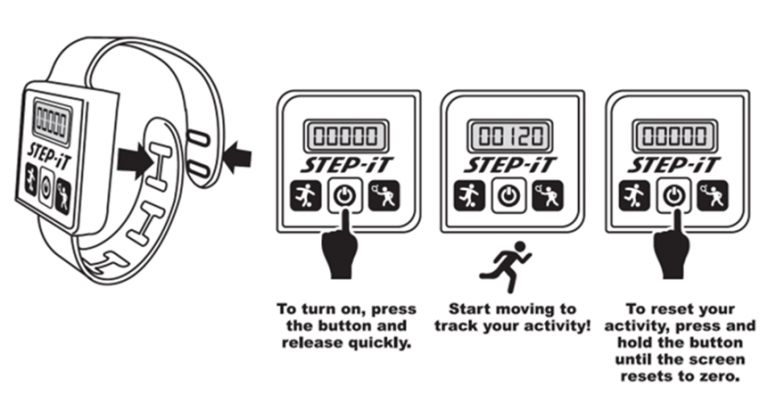 “Physical activity is important to everyone of all ages. We very much support children’s well-being,” said McDonald’s Canada senior marketing manager Michelle McIlmoyle in a statement. “Step-it is in line with McDonald’s general philosophy for Happy Meal toys, which is to make toys that encourage either physical or imagination-based play.”

The Step-it comes in six different colours: pink, yellow, blue, orange, green and red. Each STEP-it counts steps and has a red band around the device that lights up based on the pace the wearer is moving.