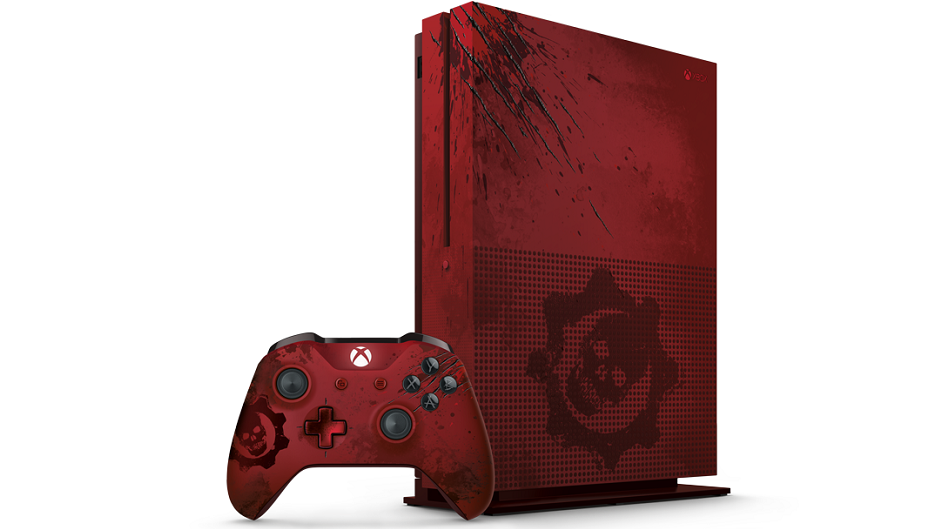 Ahead of the launch of its next big tent pole title, Canadian-developed Gears of War 4, Microsoft has announced that it will launch a special version of its upcoming Xbox One S console.

Slated to release on October 7th, and available to pre-order today on Amazon.ca for $549.99, the bundle includes a custom “crimson omen” Xbox One S console, with 2TB hard drive inside, and controller, as well as download code for Gears of War 4: Ultimate Edition.

This is a special version of the game which grants early access to the game, allowing anyone who buys the bundle to start playing Gears of War 4 on October 7th, four days ahead of its official October 11th launch date.

Also included in the Ultimate Edition is guaranteed access to the game’s post-release downloadable content, courtesy of included season pass, as well as number of exclusive in-game items.

Announced at its E3 2016 keynote, the Xbox One S is a smaller version of Microsoft’s current eighth generation video game console. It includes support for 4K and HDR video output. High Dynamic Range output is also supported while playing games.

This past April, MobileSyrup’s Patrick O’Rourke sat down with Rod Ferguson, head of Vancouver-based The Coalition, the game’s developer, to talk about what it has been like to come back to both his country of birth and the franchise he helped launch.