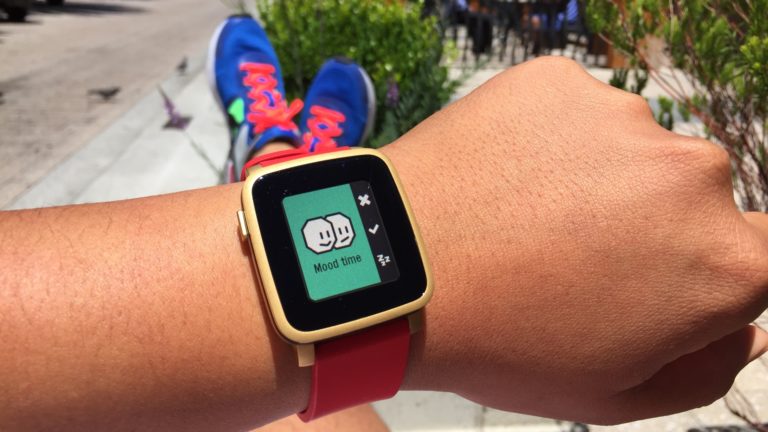 It’s a week of updates for Pebble users.

Earlier this week the smartwatch manufacturer released an update to its Weather and Health apps, and now, Pebble is pushing out a Happiness app that’s part of its recently revealed Wellness Platform.

The experimental app tracks the wearer’s mood and energy levels, with the goal of correlating sleep, mood and exercise for users. It does this by asking users questions every hour or so about how they’re feeling over the course of one week.

Users will also be able to give input on other environmental factors, giving them additional feedback on how and why their mood fluctuates over the course of the day.

Pebble also announced a new partnership with Stanford’s Mobilize Centre which will likely result in yet another new Pebble-developed app for the company’s line of smartwatches.

Similar to Pebble’s other app updates this week, the Happiness App is only available on Pebble Time devices.

Pebble recently launched a Kickstarter for the Pebble Time 2, Pebble 2 and Pebble Core that’s earned over $10.5 million so far with 21-days still to go in the campaign.

You can download Pebble’s Happiness app here. There’s no word yet on if Pebble also plans to release a smart mood ring at some point in the near future.

Pebble slashes Time and Time Round price by $50