You can now play classic Duck Hunt in virtual reality 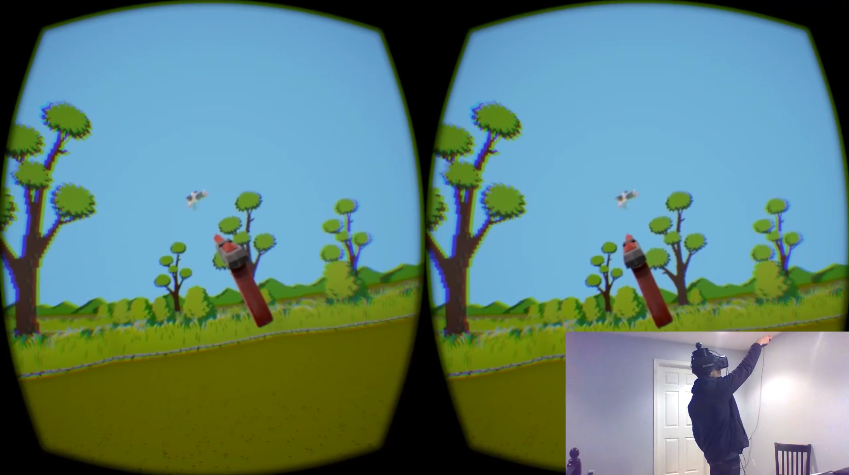 Duck Hunt is back and just as frustrating as it was in 1985.

21-year-old New Jersey Institute of Technology computer science student Joseph Delgado has taken one of the the original Nintendo Entertainment System’s (NES) most beloved (and hated) games and remade it in virtual reality.

Delgado took the 8-bit classic, featuring the famous dog that always laughs when the player misses a shot and created a three dimensional VR version of the game. Surprisingly, Delgato says the development process for Duck Hunt VR was relatively straightforward; he simply took the game’s original 2D sprites and turned them into basic 3D models.

The title’s gameplay has also been tweaked to feature a seven-day challenge where the game’s ducks become increasingly faster and more difficult to take down over time.

Delgado says he plans to release the game for free at some point in the near future and that he may also port it to the HTC Vive.

It’s unclear if Nintendo is cool with the project’s existence, but in the past the Japanese gaming giant has sent cease and desist letters to creators of fan-made games, even when those games are made available for free.

As such, it’s likely Delgado’s project will be killed before it’s even released.