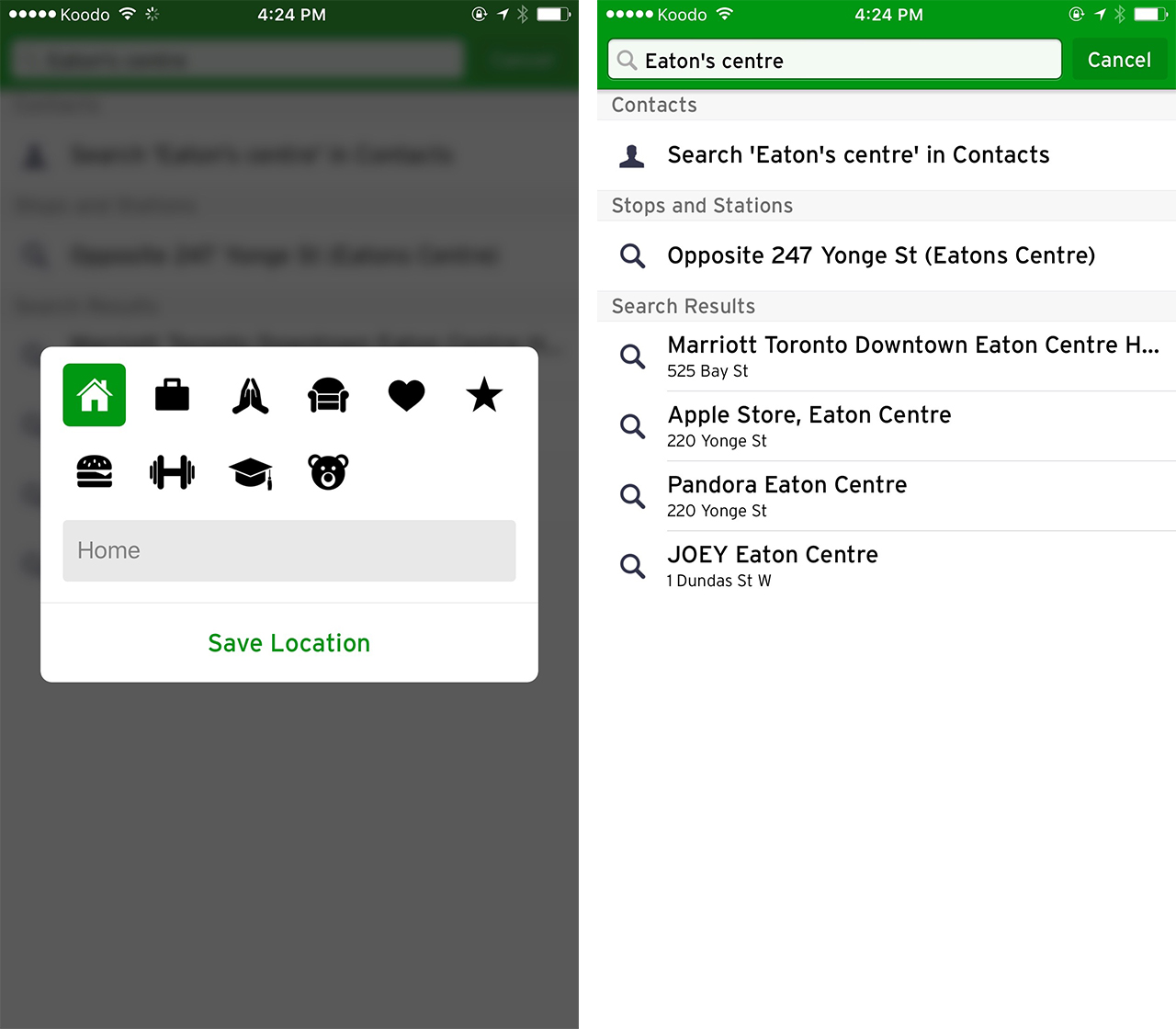 While a relatively minor update, Transit App 3.9 for iOS brings a useful feature Android users have been enjoying for a few months now; the ability to save more than just two locations to the location-based public transit application’s constantly updated route database.

In total, Transit App users can now save 10 different locations, including the gym, school, food, and a bear (we’re not sure what that means).

The latest version of Transit App is currently available for iOS and Android (this update came to Android back in July but is only making its way to iOS now).