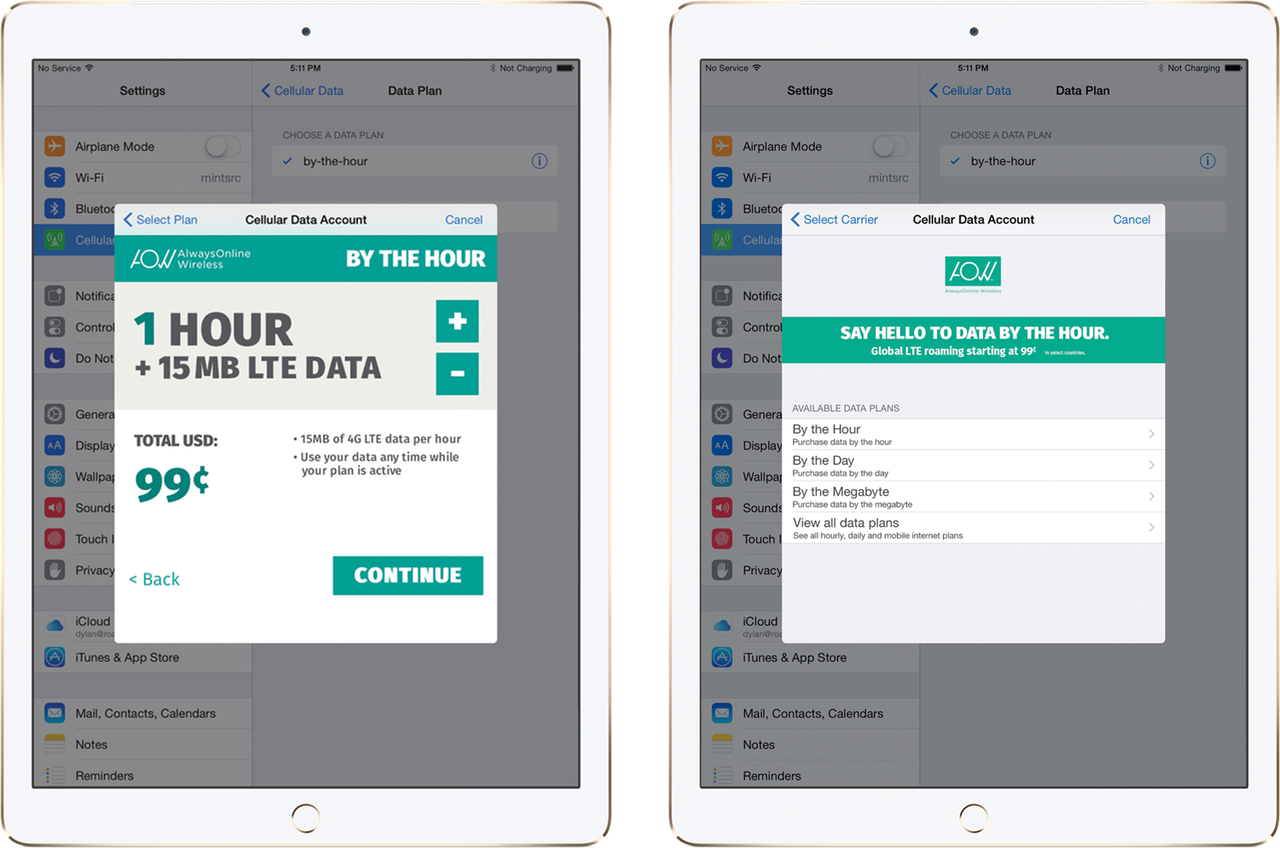 Otono, parent company of Roam Mobility and the newly-launched Roam Mobility Canada, has released a new service for iPad users that leverages the flexibility of Apple’s unique Apple SIM technology to give customers a new way to subscribe to data services.

Dubbed AlwaysOnline Wireless, the company has made deals with carriers in 45 countries to provide per-minute, per-day or per-megabyte data plans through the Apple SIM, which allows customers to sign up for particular plans on the iPad itself.

Apple SIM, which debuted alongside the cellular versions of the iPad Air 2 and iPad mini 3 in October 2014, utilizes the flexibility of the SIM card technology to connect to a variety of network providers in countries all over the world. Originally available through select carriers in the US and UK, Apple SIM later expanded to Canada and many other countries through a partnership with GigSky. Now, Otono’s AlwaysOnline Wireless has brought the service to many countries that previously only offered multi-day data solutions.

AOW supports service in 45 countries, including Canada, Australia, France, Germany, Indonesia, South Africa, Singapore and the United Kingdom. While prices vary from nation to nation, there are trends throughout: per-hour data costs between $0.99 and $3.99 USD, and includes 15MB of data.

Per-day allotments begin at $5.99 and rise to $20.99 for up to 100MB of data, while blocks of 250 and 500MB of data (with 15-day validation) are available for significantly more money. And while customers can purchase new plans whenever they enter a country with a valid AOW plan, they are not transferrable, so your 250 megabyte bucket in Spain won’t transfer to Portugal, even if the nations share network providers.

There are some important caveats to note: some countries, such as Canada, don’t allow residents to subscribe to these plans. Canadians with a valid iPad just won’t see the option to subscribe, as the SIM uses a combination of geolocation, billing address and regional settings to test authenticity. The service is also only available on four iPad models: the iPad Air 2, iPad mini 3 and 4, and iPad Pro, and only when the Apple SIM is installed. 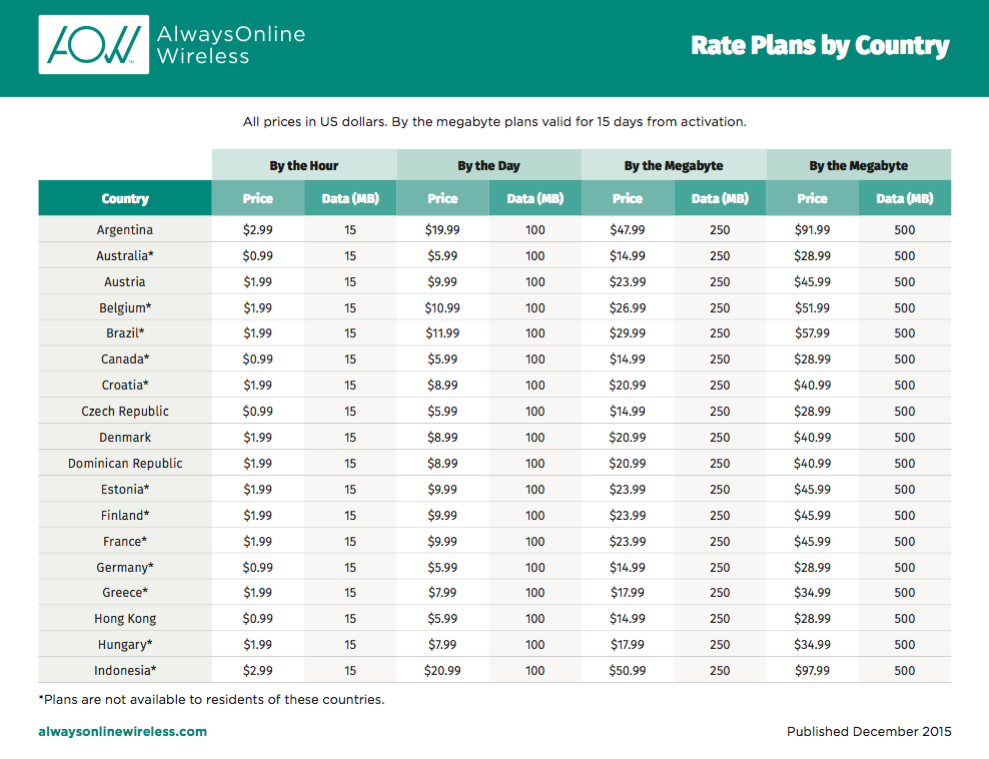 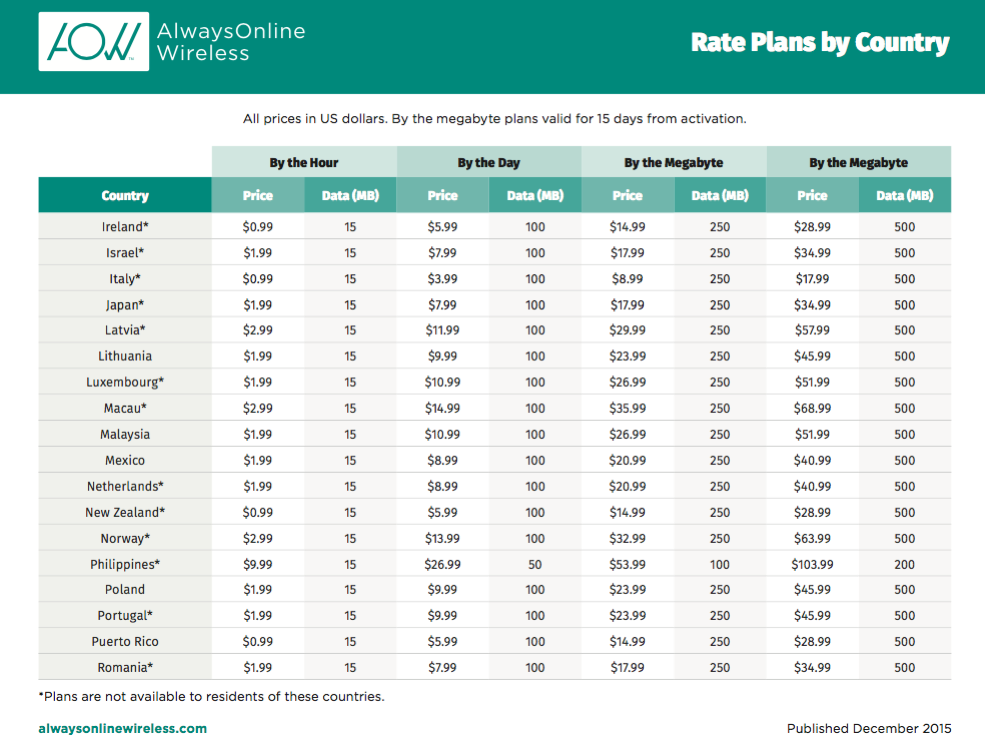 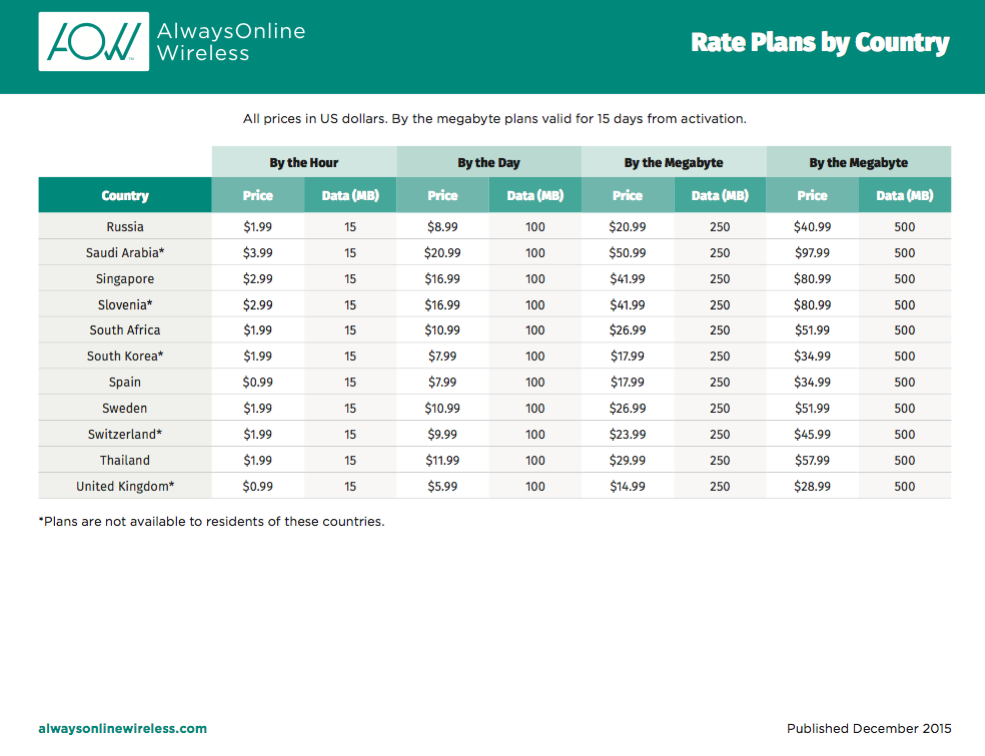