Nexus owners will get access to the taco emoji next week 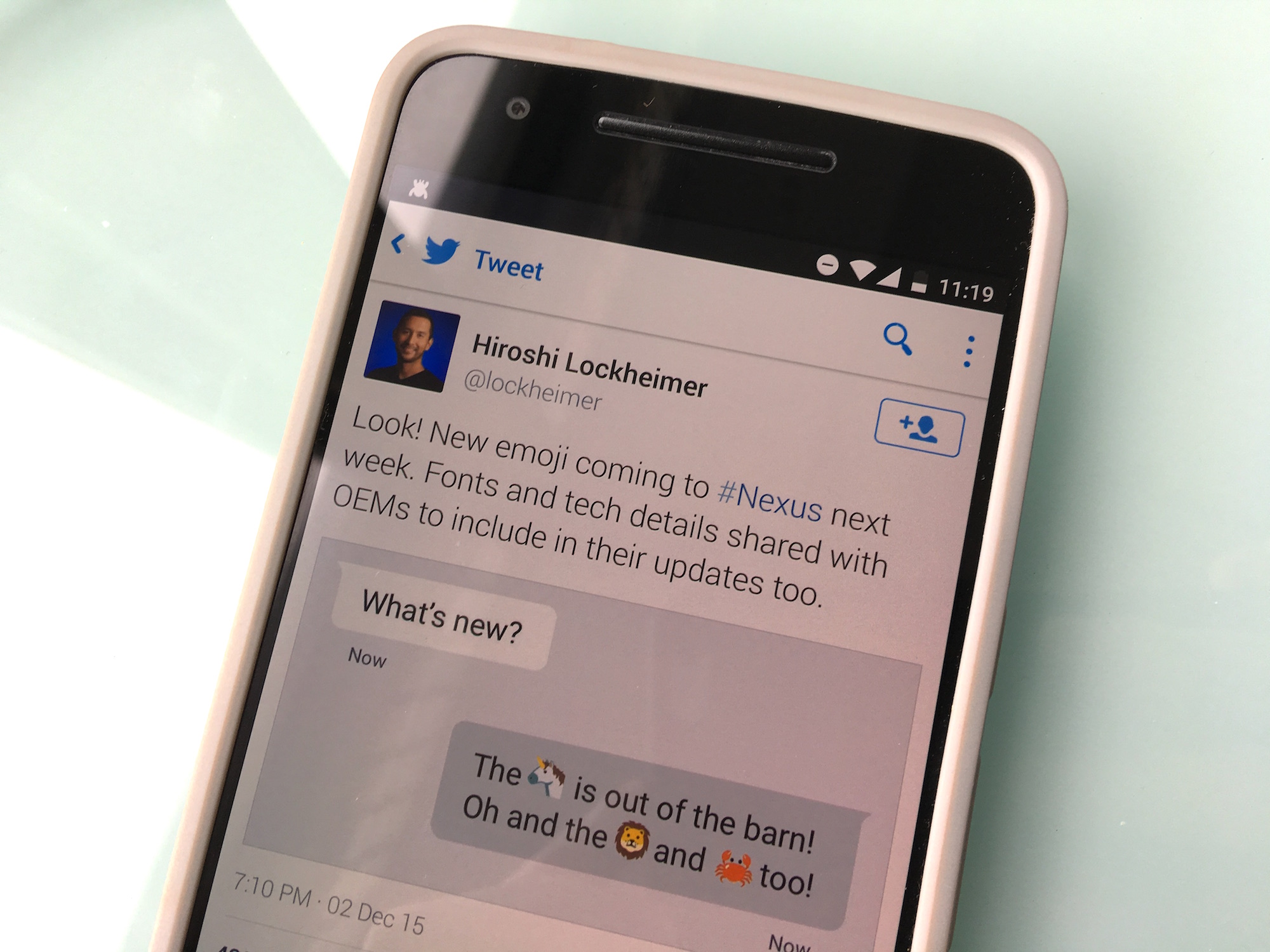 There are a lot of perks to owning a Nexus smartphone. Among other things, Nexus owners get the pure Google experience, as well as timely software and security updates. Starting next week, Nexus owners will also have access to more emojis than other Android smartphone users.

Look! New emoji coming to #Nexus next week. Fonts and tech details shared with OEMs to include in their updates too. pic.twitter.com/GwvKw2d67p

The new emoji are part of the recently released Unicode 8.0 standard. iPhone users have had access to them since the release of iOS 9.1 in October, which has allowed anyone with one of Apple’s smartphones to experience the joy of the taco emoji ahead their peers on Android.

Adding new emoji to an OS requires an update to its systemwide fonts, so, joking aside, the more interesting news here is that we now know when Marshmallow’s first over-the-air update will arrive. Despite prodding from other Twitter users, Lockheimer did not reveal what else the OTA will include.

He did say, however, that Google has shared the update with other Android OEMs. But who knows when they’ll get around to rolling out to their devices.