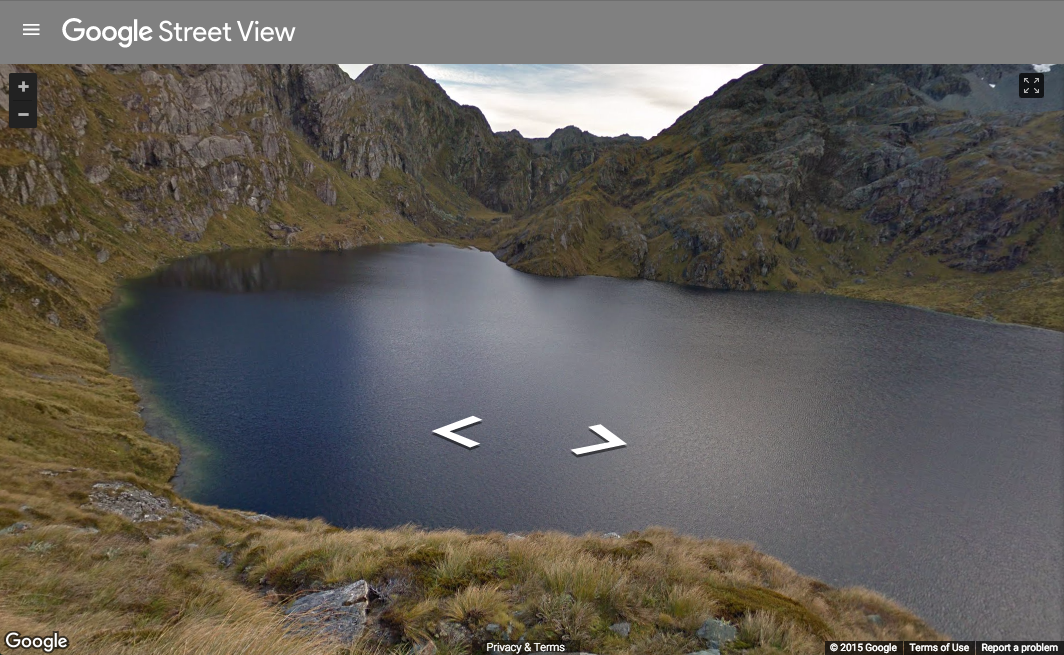 If you’ve watched the Lord of the Rings series and marvelled at the picturesque New Zealand countryside, you’ll likely be excited by Google Street View’s new “Great Walks” feature.

Google Trekker has partnered with New Zealand’s Department of Conservation to create 360 degree panoramas of the country’s stunning vistas.

Popular New Zealand tourism landmarks such as Conical Hill, Sutherland Falls and even the “Enchanted Forest” from the Lord of the Rings series are featured in Great Walks.

Google Trekker highlights various regions around the world that otherwise wouldn’t be mapped by Street View, giving anyone with an internet connection and a smartphone, a glimpse at some of the world’s most exotic locations.