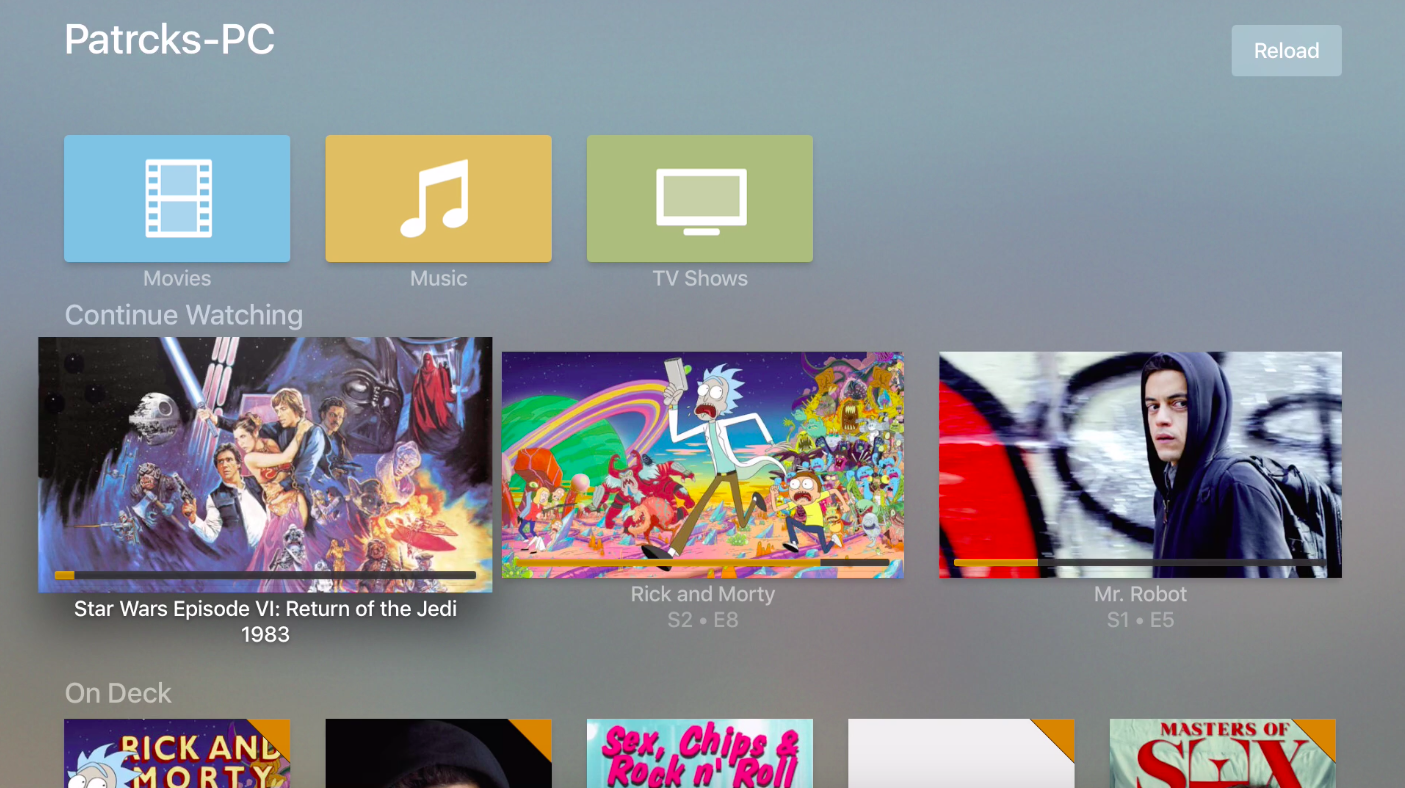 One of the major app omissions at the Apple TV’s launch last week was the lack of an official version of Plex, a streaming application widely regarded as the best media server when it comes to TV shows, movies, music and photos.

Our lovely app for the new Apple TV is still in review, fingers crossed it’ll be available soon.

While the Apple TV version of Plex is technically free, the app will only work if you have a Plex Media Server running on your network, and pay a $5.79 fee to activate streaming.

Similar to other platforms Plex is available on, the app looks great on Apple TV and features subtle 3D animations that change when moving between items. As expected, standard Plex features such as review scores, cast info and movie descriptions, are also included in the tvOS version of Plex.

Plex is available in the tvOS App Store for $5.79 CAD.